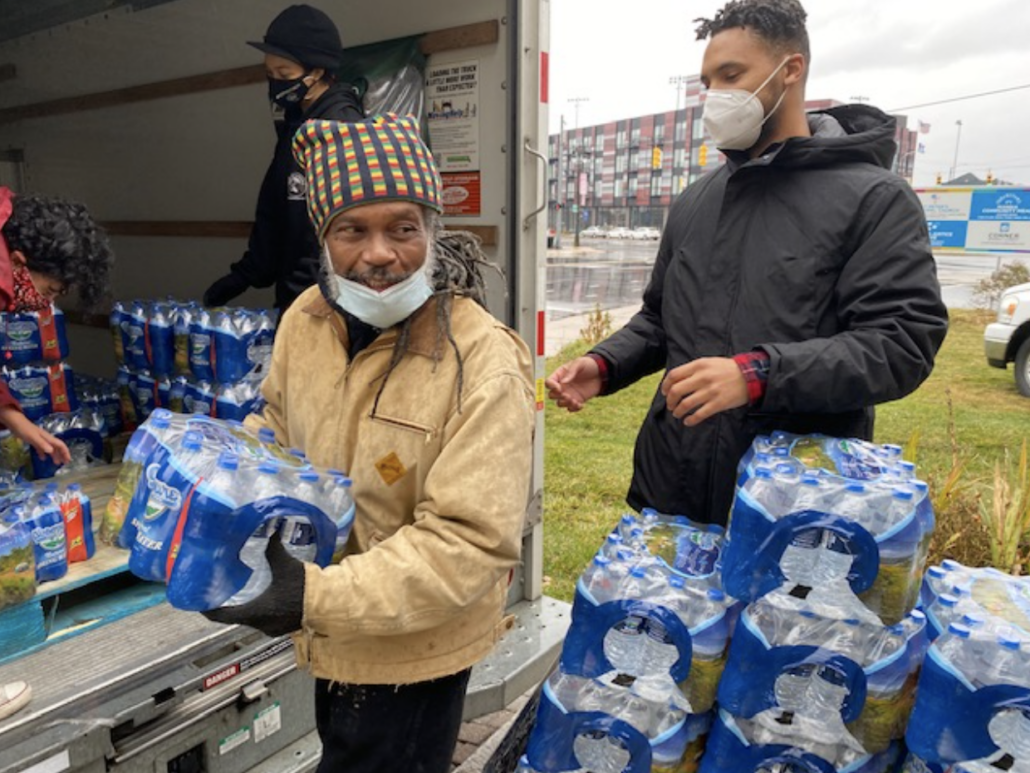 Detroit is rolling out a new water affordability plan that will allow eligible households to reduce their monthly water bill to as low as $18 a month.

The plan was announced this past summer and takes affect this month after the moratorium on water shut-offs in Detroit came to an end on December 31, 2022.

Households that enroll in the program will have any existing water bill balance erased. Households enrolled in the Supplemental Nutrition Assistance Program (SNAP) or the Food Assistance Program (FAP) had their monthly water bill automatically reduced to $18 starting on August 1 in order for the city to meet the recommendation that water bills not exceed 1.8% of the average household income.

There are three tiers within the Detroit Water and Sewerage Department’s (DWSD) Lifeline Plan, as the water affordability program is formally known:

Meeting the requirements to qualify for these tiers is contingent on the households staying under 4,500 gallons of water usage per month. This may sound like a lot of water, but according to the EPA, the average American household uses over 300 gallons of water a day equaling over 9,000 gallons per month. Under this program, if households go over 4,500 gallons in a given month, additional fees are accrued. However, the city has promised to send workers to these households to look for leaky pipes or running toilets that could be contributing to the high water bill.

So far, over 10,000 households have applied for the program and the current funding is predicted to support around 20,000 households for the next year and a half. Since the Lifeline Plan is a pilot program, additional funding will need to be obtained to continue to run the program after the first 18 months. 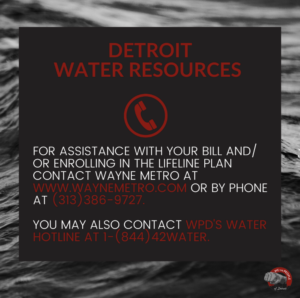 On average, Detroit residents pay between 3.1% and 21% of their household incomes on water and sewage bills. The United Nations claims that water bills should not exceed 3% of the household monthly income and, as a result, accused Detroit of human rights violations in 2014.

A major contributor to the high water bill rates in Detroit comes from a court ruling by John Feikens, the DWSD Federal Oversight Judge. Feikens signed an order that 83% of the construction costs for any combined sewer outflow control systems outside of the city of Detroit are to be covered by Detroit residents and the remaining 17% of the costs are covered by suburban customers. This ruling forces Detroiters to cover all the costs of construction within the city and most of the costs outside the city.

These exorbitant rates have led to over 170,000 household water shut-offs since 2014 in Detroit alone. Across the nation, shut-offs disproportionately affect Black, Latinx, and low-income communities in urban centers.

In Detroit specifically, historic institutionalized racism has led to many of the infrastructure issues minority residents face. According to Monica Lewis-Patrick, president and CEO of We the People of Detroit, many of the policy’s still in place today are rooted in 50 years of racial injustice.

In addition, many of the commonly held beliefs on the state of Detroit’s water crisis, such as water rates rising in the surrounding cities supplied by DWSD, stem from racist sentiments perpetuated by city policy, especially after the last big “white flight” wave the city experienced in the late 60s and early 70s.

“You left an abandoned city to carry the burden and the weight of the entire suburban region of Detroit,” said Lewis-Patrick. “On paper, we own the water system, but we are on the hook for, the debt for, and maintenance of the system while we have minority input in the governance and control of the system.”

Grassroots activist groups, like We the People of Detroit, have been fighting for affordable water for all Detroit residents for years.

“Detroiters pay retail for their water,” said Lewis-Patrick. “So, we actually are not only paying for our water, but then we’re subsidizing the suburbs. We are forced and legislated by the state of Michigan, where we can only sell them their water wholesale so we can only charge for the cost of purifying and clarifying the water and distributing it.”

The most disadvantaged communities in the greater Detroit area are contributing the largest bill while the wealthiest DWSD customers are contributing the smallest portion of the bill. Since the water affordability plan is currently a temporary program designed to provide some residents with relief from water bill debt, Lewis-Patrick said We the People and similar groups will continue to push for improvements to the program and will fight for water equity for all.

“[We want to] build a holistic strategy of how we’re going to move closer to ensuring that water is a human right that is clean, safe, affordable, and accessible,” said Lewis-Patrick. 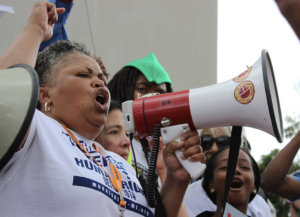 While the current state of Detroit’s water infrastructure looks bleak, reform programs such as the Lifeline Plan have the potential to make water accessible and affordable for everyone. The hurdles to achieving that goal, however, will require action from grassroots organizations to bring the community together to advocate for reform.

Advocacy for affordable water rates has been an all-hands-on-deck effort for We the People of Detroit. Along with advocating at the city and state level, the organization has also branched out to help marginalized communities in surrounding counties, through their work with groups like the Great Lakes People of Color Water Policy Center, to ensure all Michiganders have access to clean and affordable water.

We the People have also turned to the next generation of water activists to help aid their efforts. According to Lewis-Patrick, We the People have been working with some youth activists for the last nine years and they have played a crucial role in paving the way forward.

“What we found over this trajectory is that many times we were talking about trauma, and they wanted to talk about transformation,” said Lewis-Patrick. “Out of their guidance, they have begun to build with us a seven-point plan of how to be able to build a holistic strategy of how we’re going to move closer to ensuring that water is a human right that is clean, safe, affordable, and accessible.”

Detroiters eligible for the Lifeline Plan should apply through Wayne Metro at 313-386-9727 or waynemetro.org.

Photos courtesy of We the People of Detroit