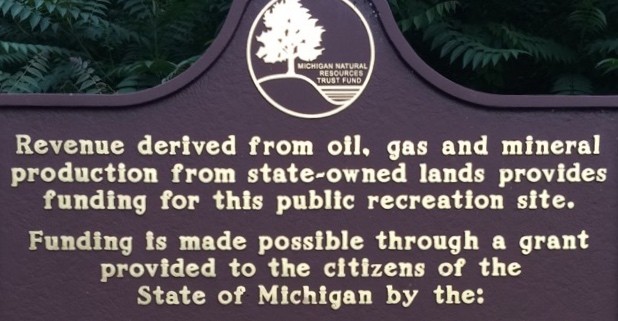 During his State of the City address in January, Mayor Heartwell proposed a moratorium against the production of oil and natural gas via hydraulic fracturing (fracking) within Grand Rapids’ city limits. In April, however, he backed off from his proposal due to a lack of political support to implement the moratorium.

Is it hypocritical for Grand Rapids to ban fracking and accept trust fund dollars?

Many politicians and Michigan residents support the production of oil and natural gas due to the resources’ return on investment, but what other factors have kept our city and state from supporting the moratorium? According to a Matt VandeBunte, April 29 (http://www.mlive.com/news/grand-rapids/index.ssf/2015/04/fracking_moratorium_heartwell.html) MLive article, “the proposed moratorium caught the eye of a petroleum industry group that noted how Grand Rapids in the past has gotten state grants funded with royalties from oil and gas wells.” Some believe that the moratorium is a hypocritical call to action, as the city accepts royalties from oil and gas production to go towards land acquisition and conservation, while a moratorium would temporarily ban natural gas and oil production within the city’s limits.  So, is it?

To understand why the “hypocrisy” claim is nonsense, it’s worth discussing purpose and mission of the Natural Resources Trust Fund (MNRTF).

As companies produce oil and natural gas on leased state lands, a portion of their revenue goes towards the Natural Resources Trust Fund. 75% or more funds are dedicated to land acquisition and 25% or less funds go towards “creating opportunities for public outdoor recreation” (MNRTF Annual Report 2014).

For decades the Fund has provided and continues to provide grants to local governments to purchase land for public recreation or protection of state land. The Trust Fund’s founding principle was to conserve public land into perpetuity. The idea was balanced and elegant: the people of Michigan would sell their finite natural resources (oil and gas) in exchange for the permanent preservation of important natural areas.

The concern from many, then, is that the city government will continue to accept money from the trust fund but isn’t willing to offer up potential areas for natural gas/oil production within Grand Rapids. We must understand, however, that oil and natural gas production happens on land owned by the people of Michigan across the state, but it is appropriate for every part of the state.

In relatively dense and urban areas like Grand Rapids, noise, aesthetics, air, and water pollution, as well as the potential health effects associated with proximity to fracking are certainly reasons to not drill in a city.

This concept is nothing new to Michigan; for decades, we have respected the idea that industrial operations simply do not belong everywhere. The whole idea of zoning and land use planning is based on this reasonable and intuitive concept. In addition to dense and urban areas, there are many other places we shouldn’t consider siting oil and gas operations.

When visiting ecologically valuable areas like Oval Beach in Saugatuck or the Sleeping Bear Dunes in Empire, you wouldn’t want to encounter oil and natural gas production. People simply do not want and should not have to hear, feel, smell, or see the effects of industrial operations in places where aesthetics mean so much – Grand Rapids included.

The MDNR Trust Fund has provided millions of dollars to protect significant areas of land throughout Michigan to the great benefit of the State and Michiganders. However, these great benefits, do not justify or outweigh the costs of the production and consumption of fossil fuels.

MNRTF projects should continue to support and sustain the preservation and conservation of state lands, but that is not an adequate justification to perpetuate the use of fossil fuels – not by a long shot.  We cannot allow the benefits of the Trust Fund to blind us to the myriad, well-documented, detrimental effects of oil and natural gas: particulate pollution, NO2, Ozone, SO2, Lead, Mercury, VOC’s, water pollution, industrial footprint, climate change, and all the associated human and ecological impacts.

So, what changes should be made so that the Trust Fund supports the protection of public land but doesn’t compromise the environment by means of oil and gas production? We may want to consider expanding the acquisition of royalties within the Trust Fund (to additional sources) so that the profits from oil and natural gas and oil production – used to preserve public land – doesn’t act as an incentive to continue producing non-renewable energies. By sourcing Trust Fund royalties from the profits of “clean” energy production (such as energy produced from solar or wind energy), a desire to expand public lands wouldn’t be accompanied by an obligation to support oil and natural gas production.

I am not the only person to suggest putting clean energy production royalties into a fund that promotes the preservation of our surrounding environment. In a 2009 Issue Paper, the Michigan Great Lakes Wind Council alludes to the MDNR Trust Fund when proposing “End Uses of Compensation” regarding to wind energy production. More specifically, the Council proposes that, “ the Michigan Public Service Commission (MPSC) collect royalties from offshore wind projects based on revenues” (Erik Nordman [GVSU]). Although MGLWC does not directly suggest the MDNR Trust Fund should extend the acquisition of royalties to wind energy production, they propose that “all or a portion of the income from offshore wind energy development” should be placed in a trust fund used “for research, monitoring and mitigation of impacts from offshore wind development, promotion of energy efficiency, and administration of offshore wind energy regulations” (MCLWC) (Nordman).

In analyzing the alleged hypocrisy of ‘proposing a fracking moratorium while accepting MDNR Trust Fund dollars,’ we find that the hypothesis falls short in at least three major ways:  the lands funding the Trust Fund are owned by all of the people of Michigan everywhere, and the rent and royalties from these lands, therefore, should be available for all Michiganders.  Second, oil and natural gas production doesn’t belong everywhere; period.  In areas that are densely populated or considered pristine or aesthetically valuable oil and natural gas production should not exist in close proximity. Lastly, the Trust Fund monies gained from oil and gas production do not outweigh the damages caused.  While it’s certainly satisfying to find an (environmental) silver lining in the environmentally damaging production and combustion of oil and gas, this can’t be confused with a justification or incentive to promote “dirty” energy production or continue it into perpetuity.