Born and raised in Central Illinois, conservation has been at the heart of Bill Wood’s professional career since his first job, working as a field researcher for the Critical Trends Assessment Program with the Illinois DNR.

He attended the University of Kentucky from 2004 – 2006, graduating with a Master’s Degree in Social Work. After graduation, he began working for Habitat for Humanity, starting one of that organization’s most viable “deconstruction” programs, which salvaged usable building materials from remodeled or demolished homes and generated revenue for Habitat’s housing operations.

Bill comes to Grand Rapids by way of Harrisburg, Pennsylvania, where he successfully started and managed a Habitat for Humanity ReStore before being hired as Executive Director of Habitat for Humanity of the Greater Harrisburg Area. Since 2006, programs and initiatives under Bill’s guidance have kept over 1,000,000 pounds of building material out of the waste stream, reduced impact on local watersheds, and earned over $1,500,000 for Habitat programs.

As an experienced grant writer and program director, Bill has a knack for turning funders’ grant dollars into innovative, actualized ways to reduce waste and increase sustainability. In his hours away from work, Bill enjoys reading, bicycling, kayaking, hiking, honing his kitchen skills, and playing with his giant dog, Bela. 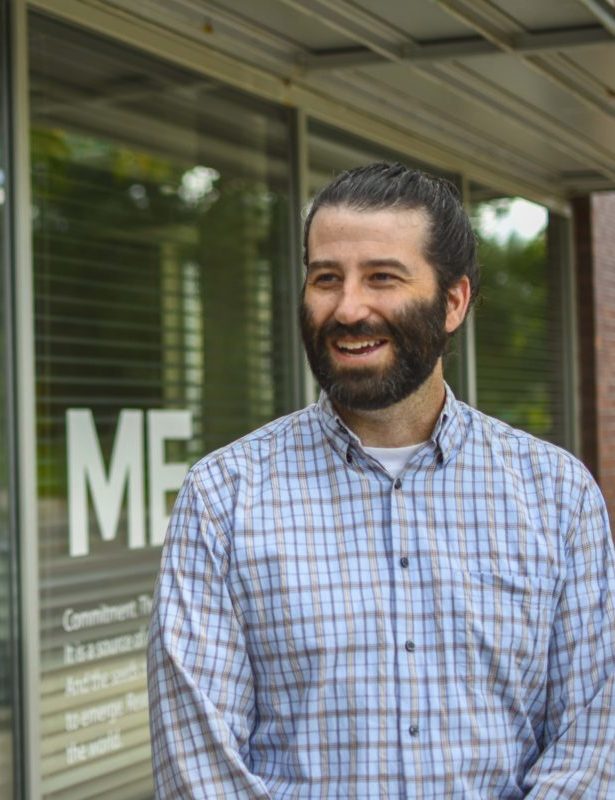