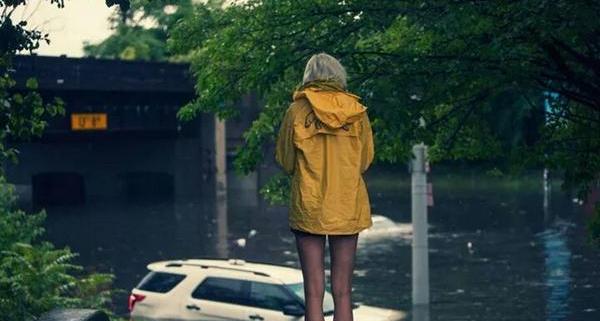 Record Rainfall has led to some of the worst flooding that has ever been seen in and around the Detroit-area. While this type of weather event is extreme and not common to the area, weather events such as this have been predicted  to increase in frequency and intensity within the coming years because of the impact of climate change.

WMEAC’s own Climate Resiliency Report portends an increase in extreme weather events due to Climate Change. The report states that the Great Lakes region can expect “more variable and volatile weather from year to year and from season to season” and that this could lead  to “more than one inch of rain in 24 hours”.

The Detroit Free Press reported that as much as 4.57 inches of rain fell in the Detroit-area on Monday, with more rain expected in the coming days. Naturally such a severe weather event has led to widespread road closures and motorists being stranded on highways and driveways. However, this is only the second time in recorded history that the Detroit-area has seen such a weather event.  On July 31, 1925  the area saw 4.74 inches fall, making this event the second heaviest single day rainfall in Michigan’s history.

The Great Lakes region has already been experiencing some of the effects of climate change,  studies in winter ice coverage on the Great Lakes have shown that from 1973 to 2011 ice coverage decreased by 71%. The reduced ice coverage has been attributed to rising annual temperatures coupled with the El Nino/La Nina phenomenon. Furthermore, Michigan’s average annual temperature is expected to increase between 3 and 7 degrees Celsius, and precipitation is expected to increase between 20 and 70 percent by the end of the century.

Mitigating the Impact of Climate Change

Unfortunately, weather events such as the one experienced by many on Monday are predicted to become the norm. This places the impetus on our community to improve our stormwater management as well as placing and emphasis on the creation of green infrastructure which will mitigate the impact of these type of flooding events.

Detroit Mayor Mike Duggan statement that “The system worked as it should and discharged water into the Detroit River but the volume of rain still left streets flooded” does not account for the growing number of green tools and low-impact development techniques that can relieve pressure on the system.

Spokesman for Oakland county Water Resources, Craig Covey, lamented the fact that this type of weather event will become the norm in the future because of climate change. The term “Hundred-Year” storm is increasingly becoming obsolete, because climate change doesn’t abide by the old rainfall and flood models. The recent flooding should serve as a reminder to all of us that climate change and its effect on weather patterns is predictably unpredictable.

The Changing Climate of Climate Change

Getting involved in the Grand River Cleanup

Place Based Education
Scroll to top