Last Saturday volunteers helped clean up our waterways during the annual Mayors’ Grand River Cleanup. A day of environmental action might leave some of us wondering what we can do year round to promote a cleaner and healthier watershed. The answer lies in an often forgotten piece of infrastructure: storm drains or basins. 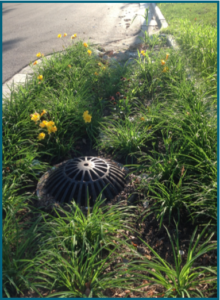 While the lowly storm drain tucked away on every neighborhood corner is the ultimate home for many a lost baseball, r.c. car, and the occasional Stephen King character, they’re also a safety concern and the first step in funnelling rain and stormwater into the Grand River.

Storm drains are an imperfect solution when it comes to capturing and integrating rainwater back into the watershed. Ideally, the majority of rainwater would land on green infrastructure like green roofs and live walls, rain gardens and barrels and permeable pavers. Instead, when rainwater lands on concrete and other impermeable surfaces it runs off and makes its downward trek along curbsides past lawns, sidewalks and roadways, picking up whatever lies in its path and often clogging storm drains and creating ponding.

Ponding is just what it sounds like. When runoff brings enough debris into a storm drain to clog the drain, water backs up and creates a pond around the storm drain. From street to river it only takes about 15 minutes for rainwater to flow into our waterways. 15 minutes is less time than it takes to watch an episode of whichever true-crime show you’re addicted to at the moment, how can we ever expect to curb ponding with such fast moving water? Well it’s easier than you think and only takes a few minutes.

Ponding and the safety hazards it entails is can be prevented by simply cleaning up areas around storm drains. When debris and trash from around storm drains is bagged and removed it eliminates the chance of your neighborhood storm drain turning into a sixth Great Lake.

If you find that a few minutes of vigilante storm drain clean up a day isn’t enough watershed responsibility, the City of Grand Rapids offers an Adopt a Basin Buddy program, wherein you or a group of friends can adopt, care for and name a storm drain in your area. Acting as a gatekeeper to the Grand River is probably the most rewarding aspect of the program but naming your storm drain has to be a close second. Draino McDrainface, Ye Old Dirty Basin, Clogged and Clogger Jr. grace an interactive map of the City’s adopted storm drains, offering an endearing, if not slightly hilarious, human relationship with our city’s drains.

WMEAC encourages you to grab your friends, family, neighbors and any willing participant you can muster to clean up debris and trash near your neighborhood’s storm drains, and make sure to let us know how many bags you and your crew keep out of the Grand River. Whether it be helping your neighborhood, your environment, your town, or just the chance to get your goofy drain name officially registered with local government, together we can extend the impact of the Mayors’ Grand River Cleanup from one day to a year-round initiative. 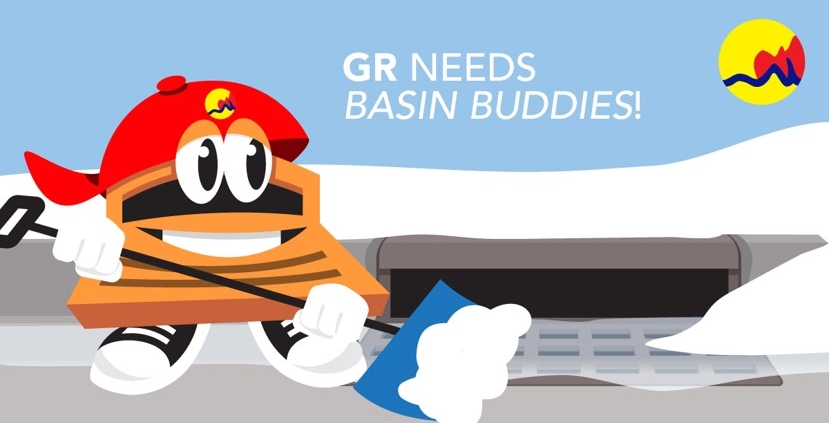