About a year ago while eating lunch on a remote shore of Africa’s Lake Manyara, I turned to a companion, pointed to the horizon and noted, “It reminds me of Lake Superior.” 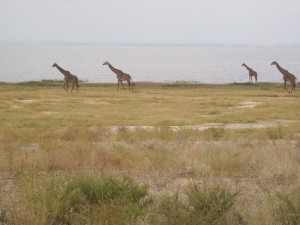 We chuckled.  Hippos basked in the shallows. Giraffes picked their way along the shore.  Grazing cape buffalo crept nearer, making the African journalists with whom we lunched increasingly nervous.

You couldn’t mistake the hot, still air of this national park in northeast Tanzania for a cooling breeze of Michigan’s Upper Peninsula.

And yet there is something oddly familiar about gazing across seemingly limitless bodies of water.

Today you’ll find Great Lakes Echo expanding its community. Check out the Africa’s Echo linkat the top of the homepage. It will take you to recent environmental news stories from another Great Lakes region, one associated with Africa’s Rift Valley.

We’re monitoring the news feeds of such publications as Tanzania’s The Citizenand Kenya’s The Nation, the BBC’s Africa section, the environment section of AllAfrica.com and several Google News searches.  Keywords associated with environmental issues in that region trigger the publication of a headline and a link. 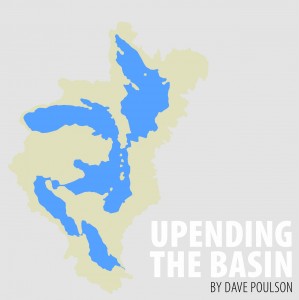 Perhaps someday we’ll support original news reporting like we do with the North American Great Lakes Echo.  But this automated link harvester lets us further test the concept of fostering a news community around similar natural features.

And why not? For years, scientists researching large bodies of water have exchanged data and knowledge and held conferences. Check out the International Association for Great Lakes Research. Why shouldn’t the sharing of news and information be organized around large bodies of water?

Well, there are lots of reasons: The North American Great Lakes are larger and carved by glaciers. Those in East Africa are more numerous and the result of a system of rifts in the earth’s crust. The animals below, on and near the water are strikingly different. Sometimes even the water chemistry of the two continents is vastly at odds.

Can you form a single news community around lakes with common characteristics that appear to be only that they are wet and large? 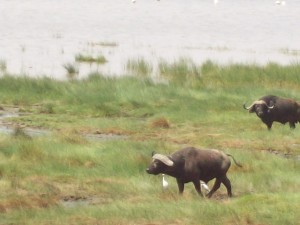 While in Africa I met Lion Gideon, a young Kenyan from a village on Lake Turkana. He spoke passionately of water quality, water use, deforestation, sanitation, the impact of development on shoreline communities, endangered wildlife.  He worried how a controversial power dam could change the ecology and the culture of his region.  He favored another plan to harvest electricity from the winds whistling through the valley.

Any of these issues sound familiar?

If these two Great Lakes regions a world apart are not exactly part of the same community, they are certainly in similar neighborhoods.

And maybe sharing environmental news from both can lead to a greater recognition and understanding of their common challenges.