Designed to streamline development on sand dunes and lakeshore property, Senate Bill 1130 (HB5647) oversteps and hinders the ability of the Department of Environmental Quality (DEQ) and local governments to mitigate the impact of development on critical sand dunes.

“Existing critical sand dune law needs to be improved,” said Nicholas Occhipinti, WMEAC director of policy and community activism.  “But this legislation goes too far and will hurt critical sand dunes. Governor Snyder has a choice between short-sited property interests and the future ofMichigan’s natural resources.”

David Swan, executive director of the Saugatuck Dunes Coastal Alliance, agreed, “An example of how important sand dunes are to Michiganders can be found in Saugatuck, where its citizens passed a millage and taxes themselves to pay the legal bills in an ongoing effort to protect their local dunes.”

Key changes that would occur if the Governor signs the bill include the following:

• Requires the state to issue requested permits that would place houses directly on the lakeshore – as opposed to the landward side of the first crest of the critical dune – which significantly changes the experience for those recreating or walking the shores of the Great Lakes.

• Places the burden of proving harm to the resource on the state and local government instead of requiring the developers to show their projects comply with the law and will not result in unreasonable impacts.

• Driveways and other impervious access surfaces will be allowed to be built on the sand dunes – regardless of the extent of damage they would cause.

• An increase in the number of obstacles to have a public hearing for issuing a permit for development, to public engagement in dune protection by limiting who can object to a proposed permit, and cuts out the role of scientific and resource experts from the local conservation districts entirely

• Local municipalities will not be allowed to create additional restrictions on dune development past those placed by the state government.

If approved by Snyder, these changes would impact the 70,000 acres of sand dunes that are considered critical dune areas under state law.  There are an additional 180,000 acres of sand dunes in Michigan that are not considered critical and do not have these protections. Lowering the level for the designated critical dune areas will place the most important dune areas at risk for increased development.  If signed, the bill would impact state regulations that currently focus on protecting environmental and ecological landmarks, instead giving primacy to economic development and lakeshore housing.

Occhipinti noted that Snyder did use the first veto of his administration on the “No Stricter Than Federal” environmental regulation bill last year to prevent what would have been an abysmal piece of legislation for Michigan’s environment.  WMEAC is asking supporters to send letters directly to Snyder via the governor to ask him to stop this bill from being passed and stop the attack on Michigan’s critical dunes.  They can do so via WMEAC’s online action form at criticaldunes.wmeac.org. 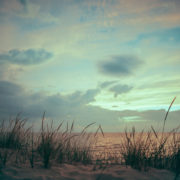 Governor Calls for the Elimination of Energy Waste; More Renewables

Construction in the Barrier Dune Sanctuary Under Debate

Governor Bullish on the Environment
0 replies