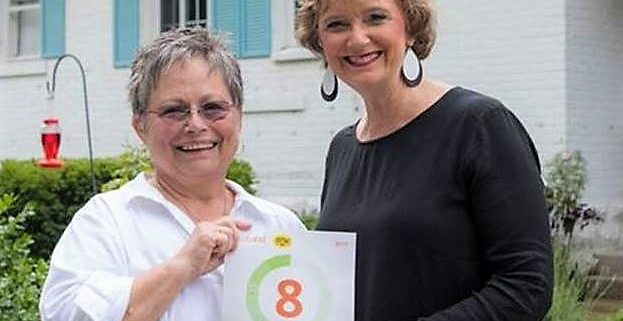 On a typical day, Ken Freestone works to save people money and protect the environment.

Freestone is the City of Holland’s Residential Energy Advisor. He helps Holland homeowners make retrofits to their homes that maximize energy efficiency, from sealing air leaks to replacing windows to installing solar panels.

First, Freestone will help an interested homeowner identify their wants, like lower utility costs or better heating. Then, he works with an auditor and contractor to help the homeowner choose a retrofit plan that meets those wants best.

Freestone also helps the homeowner choose a financial plan offered by or through Holland’s municipal utility, the Board of Public Works (BPW). Its prime financial tool is the on-bill loan.

Instead of paying upfront, homeowners can take out a low-interest loan for any retrofit and tack it onto their electric bill. No credit scores or debt-to-income ratios are needed, only 12 months of on-time electric bill payments and three years being bankruptcy-free.

Many homeowners don’t even notice the loan. Freestone says their bills are often lower than their pre-loan rate thanks to energy upgrades.

Energy upgrade assistance is made possible by a line of credit from BPW to Holland Energy Fund, a nonprofit that enables the City of Holland to achieve the goals of its Community Energy Plan. The 40-year initiative gives the city goals to cut city CO2 emissions in half and improve home energy efficiency by 50 percent.

About a decade ago, Freestone wasn’t an energy adviser but a concerned Holland resident. A BPW coal plant was right within city limits, providing most of the city’s energy needs. Freestone, other residents and groups like WMEAC wanted it gone.

“There was a lot of pressure for doing something different, and as a lot of community organizations said, doing it better,” said Freestone.

The Council then approved the coal plant’s closure, the construction of a natural gas plant and the purchase of sustainable energy from three regional sites.

In October 2017, the BPW opened its natural gas plant, part of a $240 million energy park funded by BPW funds and revenue bonds. According to the Grand Rapids Business Journal, the plant produces half the carbon emissions of the former coal plant and drastically reduces solid particle pollutants.

The park received an Institute for Sustainable Infrastructure Envision Platinum Award, the first power plant to do so. Over 130 megawatts of energy come from the plant and Holland’s sustainable power purchases. Two Michigan coal plants supply an additional 45.

While the BPW was remediating the site of its park, now-former state representative Joe Haveman was talking with the Council and community stakeholders to sponsor a bill allowing municipal utilities to offer on-bill financing.

The bill passed easily in 2014, garnering only two “nay” votes. All 40 of Michigan’s municipal utilities could offer on-bill programs to all homeowners within their 310,000-customer base.

“Holland was really the guinea pig to first develop one, but to my knowledge, no other city has developed an on-bill lending program yet,” said Anne Saliers, the BPW’s community energy services manager.

Saliers isn’t sure why other municipal utilities haven’t taken advantage of the legislation, but she said there was strong interest in Holland. Research and a 28-member stakeholder meeting resulted in a three-goal program: to strengthen the community, to increase access to energy upgrades and to run the program cost-effectively. Access is its most tangible result.

“People think, ‘Oh, 12 months of on-time bill payment history. Is that really enough when it comes to qualifying someone as being a credit risk?” said Saliers. “Actually, it is. We have not had anybody default on a loan.”

Additional financial incentives are available, too. If a homeowner spends over $10,000 on upgrades, 10 percent of the cost is matched through Holland Energy Fund. Community Development Block Grants provide incentives to low and moderate-income households. Even some installation companies, like Semco, offer rebates.

Freestone’s prioritization of recommended energy retrofits makes upgrades accessible to all income levels, too. All retrofits provided in the pages-long Michigan Energy Measures Database qualify for on-bill financing. Freestone offers those that are cheap and have a quick return of investment first, like air sealing or appliance upgrades.

Aside from saving money, and the environment, Freestone also hears secondary benefits of upgrades from homeowners.

Since Holland Energy Fund’s programs began in 2016, almost 200 retrofits have been completed and 55 on-bill loans have been taken out. The average cost for a retrofit project is $15,000. The average financed is nearly $14,000.

While Holland’s BPW is the only municipal utility to offer on-bill loans, a 2016 state law will allow rate-regulated companies, like Consumers Energy, to offer on-bill programs to residential customers. The Michigan Public Service Commission just closed their public comment period and are finalizing rules to send to the Secretary of State.

In the meantime, non-Holland homeowners can finance their energy updates through loans from the nonprofit Michigan Saves. Most of their interest rates hover just below five percent, although a credit score of 640 and a debt-to-income ratio under 50 percent is needed. 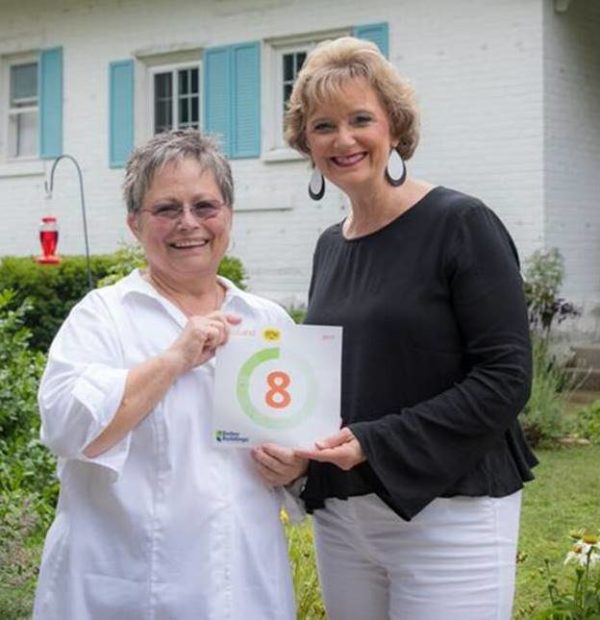 Sandra Kiernan receives her DOE Home Energy Score Award from Holland Mayor Nancy DeBoer. Kiernan, an who used on-bill financing to retrofit her 1891 home was a finalist for the Governor’s Energy Excellence Award.