On Wednesday, June 28, a group of six, seven, and eight-year-olds from Camp Curious, a Grand Rapids Public Museum summer camp program, took a trip to the grounds of the Grand Rapids Home for Veterans for a WMEAC Teach for the Watershed experience. The kids took turns seeing what they could find in the water and examined the macroinvertebrates they found.

At 9:30 am, led by Ondrea Spychalski, WMEAC’s Water Programs Outreach Coordinator, and Environmental Education interns Shelby Proffer and Ben LeFebre, the kids arrived on the scene where they dropped off their bottles of water and gathered around to learn about their day.

Later, dressed in their rubber waders, the kids took to the water, where they explored and learned about the watershed.

Using sampling techniques taught to them, the kids wandered up and down the area like tiny scientists, excited by what they found and the possibilities of the morning.

Occasionally, they’d find a treasure: a crayfish there, a mayfly here ­– even a few unwelcome items, like an empty Cheetos bag and various other pieces of garbage, which were met with disgusted faces and loud choruses of “Ewwww!”

Take a look at their morning at the watershed: 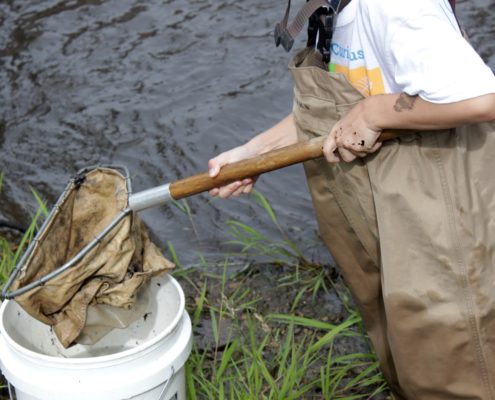 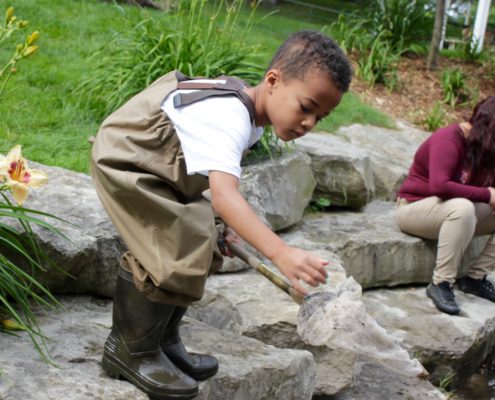 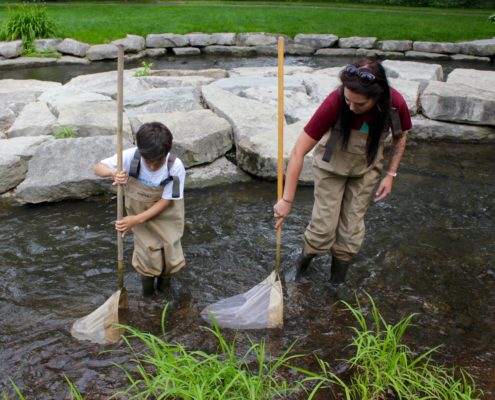 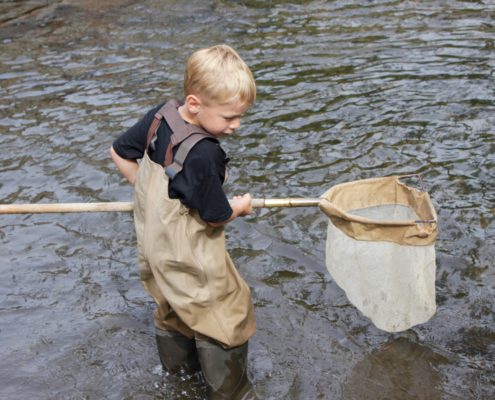 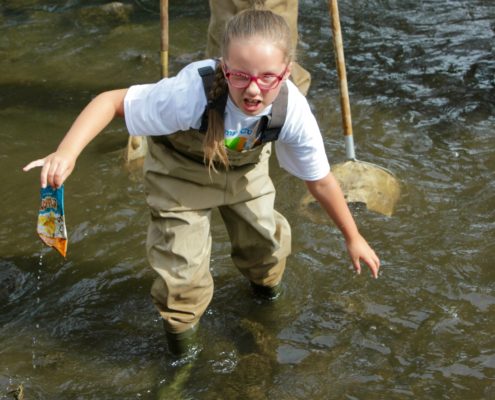 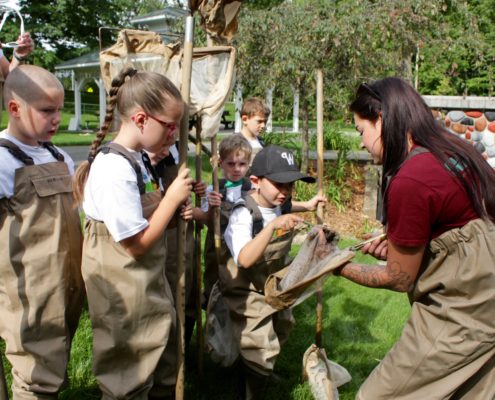 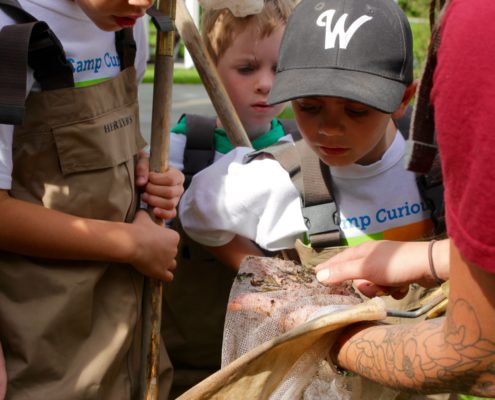 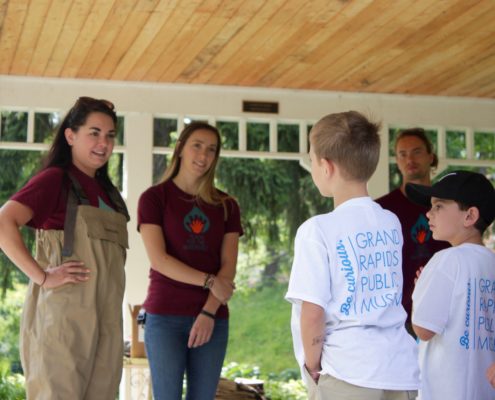 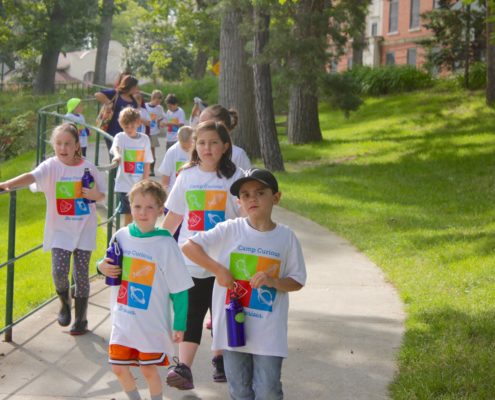