Each year, the Mayors’ Grand River Cleanup makes a big impact on the health of our local waterways. Nearly 1000 participants participate annually –picking up thousands of pounds of trash and recyclables from the banks of the Grand River and several tributaries. This year, we are expanding the Cleanup’s range thanks to WMEAC’s partnership with Seeds of Promise – a local grass roots community organization based in southeast Grand Rapids.

The 14th Annual Mayors’ Grand River Cleanup will add one of our Southeast side neighborhoods to our usual cleanup sites. This addition will help engage more Grand Rapids residents in the Cleanup and the work will focus on getting rid of some of the non-point source pollution before it eventually makes its way to the Grand River through the stormwater drain system.

Clean up events in areas like the Seeds of Promise neighborhood prevents the trash from getting to the river in the first place.

“Even if you’re not along the stream, [the trash and debris] from along inner city streets does end up there at some point,” WMEAC water program outreach coordinator Ondrea Spychalski says. “It’s proactive – it’s about picking it up right where it’s being disposed of.” 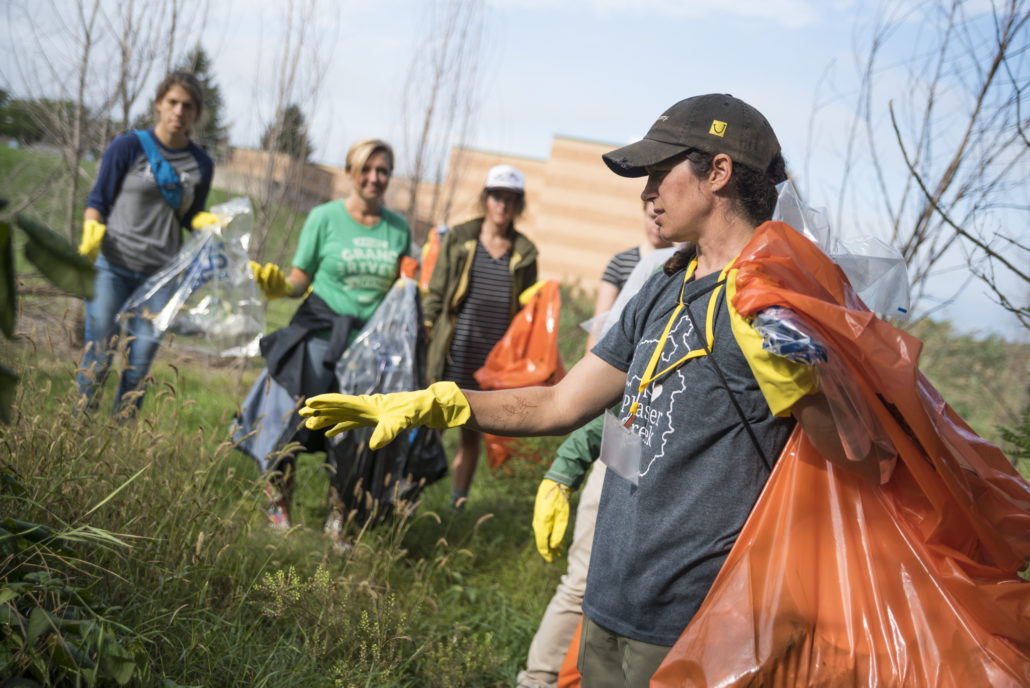 The Cleanup meets at Sixth Street Park with an expected 1000 people who are bused out to more than 25 different locations throughout Grand Rapids, Grandville, Walker, Wyoming, and Plainfield Township. The more people involved, the more opportunity there is to send people to new locations.

Potentially, the Cleanup may feature dumpsters for community members to bring larger items for disposal, free of cost.

After spending the morning working hard on the Cleanup, volunteers cap the event with lunch, drinks and live music.

The 14th Annual Mayors’ Grand River Cleanup will take place on September 9th. Look for more information on the WMEAC Facebook or webpage.