In just a couple of years, Jan Strait has accomplished a lot in her role as a co-leader at the Grand Rapids Chapter of the Citizens Climate Lobby (CCL).

At their monthly member meetings — thanks to Strait, there are now over 1,000 members on their mailing list — she keeps members engaged and fed. Her garage is full of the plates and silverware she uses for the meetings, as well as CCL signs, brochures and banners.

Part of the reason why she’s so successful in getting new people involved is she’s pretty new to the issue herself.

“As far as I’m concerned I’m new to this,” she said, explaining that it was at the end of 2015 she started getting involved. “Getting other people on board, I understand, because I was one of those people.” 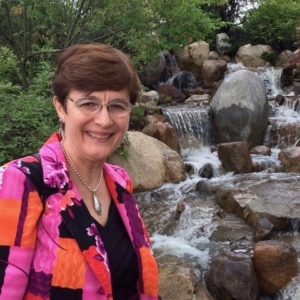 Retired from the insurance industry, she explained that she first started getting pulled in when a “very passionate individual,” who Strait said is now in her mid 70s, started talking to her about it.

Since then, she made sure new chapters in Holland and Grand Haven were started, and has made many trips down to Washington D.C.

Her work is making an impact.

“Although even Jan can’t take full credit for this, both the House and the Senate introduced bills in November and December to put a price on carbon,” wrote her nominator Mindy Miner, also with CCL. “The bills were almost exactly what Citizens’ Climate Lobby has been proposing,” she explained.

Strait said when she found out she received the Hidden Heroine award, she was “flabbergasted.”

“I thought ‘oh my goodness, there’s so many other people doing lots of work in the community,’” she said, adding she asked “Who nominated me? Who did this I can’t believe it!”

As she continues to work for CCL, she said she hopes her legacy is “I tried.” She said she wants to be able to say “I tried to move into taking action on something that became my passion, instead of just going around and talking about it.” Most would agree she’s already done this, both with her work at CCL and her time volunteering at the Women’s Resource Center.

She is certainly following her dad’s legacy. He was one of the pioneers for the 911 emergency call system, she said, “and he’s one of those hidden heros that nobody would know.”

After explaining all the things Strait did, Miner wrote “And, never a word of complaint. That’s an unsung hero!”

Morgan Kelley has, as her nominator Hannah Mico wrote, “at a young age, done it all.”
Kelley’s been involved, in one shape or another, with the Great Lakes Zoological Society; WMEAC; Kent County Department of Public Works’ Recycling Center; Friends of Grand Rapids Parks; the Literacy Center of West Michigan; the 2018 Environmental Justice Summit in Flint; and the West Michigan Sustainable Business Forum.

She brings a unique skill to the table: being able to gather and coordinate multiple organizations and stakeholders, and successfully get them to collaborate over one issue.

“She understands that true grassroots change cannot happen with the contributions of singular groups: she understands what true collaborative efforts accomplish,” Mico wrote. “This genuine interest and natural process of inviting diverse communities to share their lived experiences is what so much of the environmental movement lacks, and what Morgan brings to the table”. 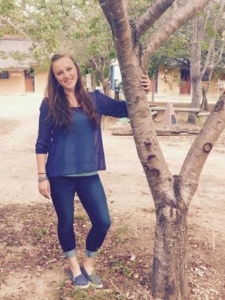 This skill is seen through her work of launching the Energy-Saving Trees program in Holland, through her role as the Conservation Programs Specialist at the Holland Board of Public Works (HBPW). Currently, forestry is the issue she is most passionate about. She explained that she took classes and became a certified neighborhood forester, giving her the ability to take care of her own neighborhood trees. This passion led her to volunteering at Friends of Grand Rapids Parks, which led to her being pointed towards the Energy-Saving Trees program through the Grand Rapids Forestry Department.

From there, she researched and implemented the program in Holland.

“It’s really cool to see how across Grand Rapids and Holland, ideas can be shared and collaboration can happen pertaining to environmental issues,” she said.

The program “allowed me to collaborate with a lot of departments inside my own organization, as well as with the City of Holland, Hope College, and a variety of professors there” she said, explaining that many Hope students have gotten involved as well. “It’s really exciting to gain partners and to collaborate across the whole city.”

Currently working on her Master’s Degree in Public Administration at GVSU, Kelley attributes her love of biology, which she got her undergrad degree in, to a biology teacher in elementary school, with whom she explored the woods and marshes near her school, and who taught her “how to collect and translate data.”

Through the master’s program, she hopes to gain skills in urban planning, and is interested in “sustainable community development and engagement.”

Kelley said she was “very awed” when she found out she received the award.

“I did not see it coming,” she said, “and I would say I was very grateful for the encouragement hearing about the award brought with it.”

For Tanya Cabala, advocating for environmental issues began 30 years ago, in February 1989, when she started to wonder where her garbage went — which took her down a path that landed her putting together meetings and demonstrations in front the of the landfill, which was supposed to expand. She has since created a legacy as a community activist and Great Lakes protection advocate. She is most well known for her recent run for state house in Michigan’s 91st District, where she earned the votes of nearly 20,000 people.

Tanya’s biggest achievement was working to get White Lake cleaned up. In 2014 the lake was removed from a list of polluted hot spots, largely thanks to her efforts. She has also done a lot of work in the preservation of Michigan’s sand dunes.

Her Campaign Manager, Nathan Slauer, nominated her for the award.

“We were in kind of a long shot race, we knew we were facing some tough odds,” Slauer told WMEAC after she won the award, “but I really admired that Tanya had the hard work ethic to take on a new challenge, and the experience to really get things done. She’s gotten a lot of good work with her advocacy record.” 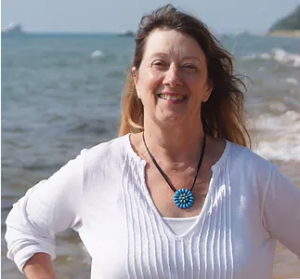 While working as a city council member in Whitehall, Tanya proposed new infrastructure projects that would create a more sustainable future for her city. She also helped the city partner with environmental organizations.

Throughout her campaign, she heavily focused on Great Lakes environmental concerns. She called for action to take care of PFAS, hosting town halls on the topic. Campaigning “was gruelling,” she said, “but a big reason was the huge backwards steps we’ve been taking on protecting the great lakes environmentally in Michigan.”

Though she did not win, she still remains in the public eye as an advocate for environmental issues.

“Many of these individuals still follow Tanya as she calls for greater engagement with local government and a commitment to environmental sustainability,” Slauer wrote in his nomination letter. Along with her continued advocacy work, she is also currently working as a long-term substitute teacher for a class of second graders.

Finding out she won the award “certainly made my day,” she said. “It’s always good to be recognized for the work that you’ve done, especially by an organization that you respect and appreciate.”

Cabala has achieved a lot in her lifetime, and others have noticed.

“Tanya’s a quiet, unassuming person with a lot to say,” wrote Slauer. “Tanya knows when to speak up. She deserves recognition for a lifetime of achievement in the environmental arena.”

Photos provided by our Award Winners

Nominate a Hidden Heroine for the 2019 Women, Community, & Environment...