The 2010 pipeline spill in Michigan’s Kalamazoo River was far larger than the pipeline operator has reported, according to accumulating evidence and documents recently released by federal investigators. 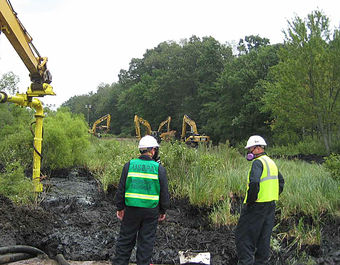 Initial cleanup of the contaminated zone around the pipeline break area. Photo: EPA.

The estimate that Enbridge Inc., the pipeline’s Canadian operator, has used since a couple months after the spill is 20,082 barrels, or 843,444 gallons. The estimate used by the U.S. Environmental Protection Agency is larger—1 million gallons—but the documented sources indicate that estimate may also be low, by a significant degree.

Almost two years after the spill, oil is still being removed from the Kalamazoo River, and 30 miles of the waterway remain closed to the public. The cleanup has been difficult because the line that ruptured was carrying diluted bitumen, or dilbit, an unconventional form of oil derived from Canada’s oil sands that has defied traditional oil recovery methods.

“I would think Enbridge could sharpen their pencil and come up with a better number,” said Carl Weimer, executive director of the Pipeline Safety Trust, an industry watchdog group. “I am always suspicious when the original number sticks around so long, because penalties for Clean Water Act violations are based on how much goes into the water.”

Within hours after the spill was discovered on July 26th, but before they could conduct an on-site assessment, Enbridge executives estimated the size of the spill: 19,500 barrels, or 819,000 gallons of oil. The company increased the estimate slightly to 20,082 barrels, or 843,444 gallons, a few months later and that is where its estimate has stood ever since.

Enbridge spokeswoman Terri Larson told InsideClimate News that the company stands by that number as accurate—even though it is about 15 percent below the EPA’s estimate.

But even the EPA estimate is uncertain, because it conflicts with other data the agency has made public. The EPA’s website says more than 1.1 million gallons of oil have already been recovered during the ongoing cleanup. It also reports that more than 186,000 cubic yards of oil-laden soil and debris have been collected and disposed of, along with 17 million gallons of oil mixed with water. The agency declined to estimate how much oil the debris and the water contained.

The question now is how much oil is left in the river. 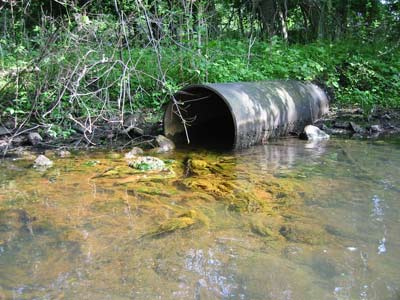 The oil recovery effort near the town of Marshall, Mich., is in its 23rd month, and with costs surpassing $750 million, the spill ranks as the most expensive oil pipeline accident since the U.S. government began keeping records in 1968. The U.S. Environmental Protection Agency has launched a criminal and civil probe of the accident, and the National Transportation Safety Board is also investigating the spill. Last month the NTSB released some of the documents it has gathered.

According to other documents Enbridge has filed with the Federal Energy Regulatory Commission, the company’s insurance policy will cover up to $650 million of pollution liability but does not cover fines and penalties. So far, neither the EPA, nor the Pipeline and Hazardous Materials Safety Administration nor any state or local government agency has imposed any.

The spill volume would affect the size of any fines or penalties. For violating the Clean Water Act, Enbridge could be fined as much as $1,100 for every barrel it spilled. If gross negligence or willful misconduct is proven, the company could be forced to pay as much as $4,300 per barrel.

Arriving at an Initial Spill Estimate

The documents from the NTSB investigation show that the initial spill estimate was made by an Enbridge engineering supervisor, Vincent Kolbuck. As the company’s point man for initiating the emergency response, it was his job to immediately quantify the size of the spill after it was detected on July 26, 2010 and report it to the National Response Center. He was working the phones from Enbridge’s Chicago office.

To learn what he could as quickly as possible, Kolbuck spoke with the pipeline control room supervisor in Edmonton, Alberta, 1500 miles away. The supervisor had just started the morning shift and was still trying to ascertain what had happened in the control room the night before, when 16 high-priority alarms had sounded. He told Kolbuck that the company’s monitoring system could not account for 11,322 barrels of oil that went into Line 6B but did not come out the other end.

Kolbuck then got a call from his boss, Tom Fridel, general manager of Enbridge’s Chicago regional office, who was already in a car rushing to the site of the accident almost 200 miles away. 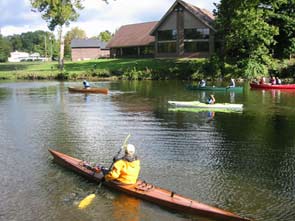 “I told Tom Fridel this estimate of 11,322 barrels,” Kolbuck told federal investigators who interviewed him four days after the spill. “He felt that would probably not be enough because of the time involved in closing valves, takes three to four minutes to close valves.”

Instead, Fridel told Kolbuck to base his estimate on the amount of oil that could escape from the portion of the pipeline closed off on either side of the rupture.

“The distance is 2.95 miles, approximately three miles,” Kolbruck said. “I made a calculation on that distance of 19,500 barrels, and Tom said ‘Are you sure?’ and I said ‘Yes.’ He said, ‘That’s going to be our official volume out.’”

When Kolbuck got through to the National Response Center at 1:33 p.m., he reported a 19,500 barrel release of crude oil into a creek leading to the Kalamazoo River. At 6 p.m., that estimate was cited by Enbridge at a briefing for public officials gathered in Marshall.

Nine hours later, however, first responders at the site of the spill began questioning Kolbuck’s estimate. According to the NTSB documents, a meeting was held at three a.m. on the first, sleepless night of the disaster. It notes: “May need to consider revising the estimated spill amount and obtaining an oil-water indicator to get an accurate measure of oil being retrieved.”

What wasn’t factored into Kolbruck’s calculation was that control room operators in Edmonton had restarted the ruptured pipeline twice during the night, before they realized it had developed a six-and-a-half-foot tear. They thought the system alarms were warning of an air bubble that had formed in the line, and they tried to overcome it by increasing the pumping pressure.

At 4 a.m. operators restarted the leaking pipeline for an hour. At 7:10 a.m. they started it again for at least 45 minutes. During both those restarts, oil was pushed through the 30-inch diameter line with as much pressure as water through a fire hose. 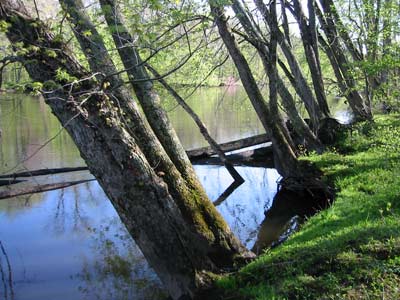 According to Enbridge’s 2010 Emergency Response Plan, the oil released before a leak is isolated is supposed to be added to spill estimates. But Kolbuck’s first-day estimate of the size of the spill didn’t not include this calculation.

The emergency plan says it takes the company’s leak detection system five minutes to recognize a rupture and an additional three minutes to shut down the valves that can isolate it. A chart shows that in a worst case scenario, line 6B would discharge 33,627 barrels, or about 1.4 million gallons, in eight minutes.

That calculation assumes a “guillotine rupture” in which 100 percent of the volume is released. The manual offers no guidance for calculating the loss of oil from a pipeline buried in a wetland area that was restarted twice for prolonged periods of time after it had ruptured.

“The government is not required to accept the estimate provided by Enbridge—nor is Enbridge required to agree to the government’s estimate,” said Professor David M. Uhlmann, director of the Environmental Law and Policy Program at the University of Michigan Law School. “The number of barrels spilled is a factual issue that would be determined at trial, if one occurred.   If there is a settlement, which is the most likely outcome, the number of barrels spilled is a negotiable figure.”

Throughout the cleanup, the EPA has maintained that the recovery figures it updates regularly on its spill Web site are accurate. Ralph Dollhopf, the EPA incident commander overseeing the cleanup in Michigan, told InsideClimate News he was not comfortable discussing discrepancies pertaining to Enbridge’s estimated spill volume because the incident is still being investigated.

The NTSB is expected to issue its final report on the oil spill sometime this summer. A spokesman said it will include a spill size estimate based on the results of its investigation.

School’s Out for Summer A Watershed Moment: Catherine’s Health Center and the Journey to LEED...
Scroll to top