By Don Lee, Guest Writer. Note: This is an opinion piece; the opinions expressed in it are related to the author’s personal experience, and are not necessarily those of West Michigan Environmental Action Council.

When President Obama’s executive action on emissions from electric power plants became law in the form of the Environmental Protection Agency’s (EPA) Clean Power Plan, Gov. Snyder saw the writing on the wall. The choices were clear and seemed limited: either create a plan to meet the new emission standards or accept a boilerplate federal plan that may not be suitable for Michigan.

The EPA’s Clean Power Plan rule gave the states significant latitude in achieving reductions in carbon dioxide emissions by 32 percent of 2005 rates. The plan emphasizes energy efficiency which is the cheapest and most easily deployed path to compliance.

Renewable energy is overtaking fossil fuels as a cheaper alternative, not only in dollars and cents, but by decreasing external costs related to pollution and health care.

Renewable energy technology is creating skilled manufacturing and installation jobs while the fossil fuel industry is laying off workers as global oil prices destabilize under the weight of geopolitical leveraging and a global supply glut. 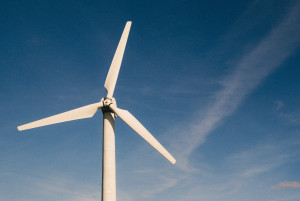 stated goal was protecting the autonomy of Michigan’s implementation of energy policy.

“The best way to protect Michigan is to develop a state plan that reflects Michigan’s priorities of adaptability, affordability, reliability and protection of the environment,” said Gov. Snyder. “We need to seize the opportunity to make Michigan’s energy decisions in Lansing, not leave them in the hands of bureaucrats in Washington, D.C.”

He sought to accomplish this goal by bringing together businesses, religious organizations, environmental and energy advocates, and the utilities themselves to contribute to a solution.

In contrast, Michigan Attorney General Bill Schuette is deeply opposed to the EPA ruling. In a press release on the Attorney General’s official website, Schuette claims to have led the challenge “in filing an amicus brief urging the U.S. District Court for the District of Columbia to require the Environmental Protection Agency (EPA) to delay implementation of new burdensome air emissions regulations in order to protect and preserve Michigan jobs and affordable electricity rates.”

In the same press release the Schuette states that “Michigan’s fragile economy cannot afford the job losses and skyrocketing electricity rates that would accompany the premature implementation of this new federal regulation.” In response, on February 9, 2016 the United States Supreme Court granted a stay halting implementation of the Clean Power Plan pending the outcome of multiple lawsuits filed in lower courts.

However, there is no evidence to back up the claims that this legislation would have any negative impact on job creation, nor increase electricity rates. In fact, due to the increasing competitiveness of renewable energy costs compared to fossil fuels, Consumers Energy and DTE have eliminated consumer fees for renewable energy.

The Michigan Public Service Commission (MPSC) reported that “$2.9 billion of investments in renewable energy during the past five years created 8,300 jobs in Michigan. By 2020, energy jobs are expected to grow another 7.1 percent.”

Working with a bill on standby

As of now, the Clean Power Plan remains on hold in the courts. That being said, the plan has not been dropped completely, and some states have continued forming their own solutions to reduce emissions, anticipating that the bill will eventually be passed and implemented across the county. 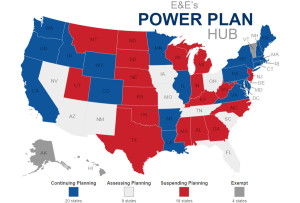 Where the states stood—in response to the Clean Power Plan, Attorney Generals across the nation had differing views on the EPA’s proposal in February.

Regardless of the Clean Power Plan’s feasibility, Gov. Snyder has held back on forming a plan for Michigan, waiting for the courts to clear things up.

Serious leadership is needed to take deliberate action that ensures the protection of public health, as well as economic leadership in renewable energies by addressing issues related to fossil fuel pollution in the state of Michigan.

Gov. Synder is not required to stop all action because of the Supreme Court ordered stay. He should reconvene his formidable alliance of unlikely allies, reengage the Michigan State Implementation Plan, and in doing so, demonstrate the much needed leadership necessary protect public health and Michigan’s place as a leader of clean energy. By forming a state plan, Gov. Snyder would work toward ensuring cleaner air and cleaner water and prioritizing economic growth and stability by investing in jobs for the future, not the past.