The  job opportunity of the decade for Michigan is unveiled! With a proposed amendment to the state’s constitution announced this week — to generate 25% of our energy from renewable sources by 2025 — Michigan can finally catch up to other Great Lakes states that are currently creating the manufacturing jobs we should be creating. This historic ballot proposal would make Michigan more competitive in the clean energy sector while creating cleaner air that will reduce spiking asthma rates and other public health hazards resulting from air pollution and mercury.

Once the ballot initiative to generate 25% of the state’s total enegy from renewable sources collects enough signatures, it will go on the November 2012 ballot. At that point, you will have the opportunity to cast a historic vote to send a multi-million megawatt jolt of (clean) energy into Michigan’s economy.

Right now, we import most of our energy from out-of-state, the majority of which is dirty coal. By increasing the amount of renewable, homegrown energy we use, we can create jobs right here in Michigan, rather than in West Virginia or Oklahoma. We can also stop flushing our money across our borders and keep it in-state to fuel job creation here; a provision in the ballot proposal would even require preference to be given to Michigan workers.

We’ll also become more competitive with states like Illinois, Minnesota, and Iowa, which have already adopted similar measures withoutsignificant costs to consumers. The cost here in Michigan is expected to be less than $1.25 a month per consumer. In fact, the amendment that will be put before voters explicitly says that your utility bill cannot rise more than 1% annually as a result of this investment in Michigan workers.

Cleaning up our energy production will improve Michigan’s air and water quality and reduce health care costs and the amount of mercury in our lakes and rivers. As far too many mothers can tell you, children’s asthma rates are already at frightening levels. With this effort, we can begin to reverse that trend. The bottom line is that clean energy jobs and industries will go where the demand is. With this ballot proposal,Michigan can be the new boom-state for those clean energy jobs and manufacturing.

Remember, this time, the vote is not taking place under the Capitol dome in Lansing; we are taking petitions straight to the people. If you want to get involved, email me. Together with millions of other Michigan voters, we will make a monumental impact on Michigan’s future economy and the health of her families. No exaggeration: This is the opportunity of the decade. <a href=”mailto:ryan 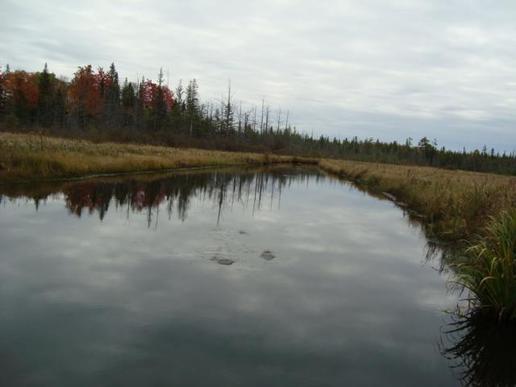 Sen. Thomas Casperson (R – Escanaba) doesn’t really like the Department of Natural Resources, so he wants to take his ball and go home; he has said as much. The ball in this case, however, is public land, and it belongs to the people of Michigan. At a town hall in Alpena on Tuesday, hunters and anglers from across northern Michigan criticized his Land Cap Bill because it was obvious that it is a) unnecessary and b) does not truly address the concerns he is seeking to fix, such as land management policy and local tax revenue.

Drew YoungDyke from our staff — a hunter from northern Michigan, himself — was there to report and participate on behalf of Michigan LCV.

The main thing the bill would actually address is making it easier for timber companies to grab cheap land at the expense of Michigan taxpayers. It also has the potential to compel the DNR to buy land that timber companies want to get rid of. Sen. Casperson criticized the DNR for not allowing as much timber harvesting as he would like. Instead of punishing the DNR, though, this bill would only punish future generations of Michigan hunters and anglers in a reckless and shortsighted twist of state policy. If you weren’t able to be at the town hall, you can get a great sense of how it all unfurled from Drew’s full recap.

The EPA will hold one of three public hearings in Detroit tomorrow on proposed Corporate Average Fuel Economy (CAFE) standards. The proposed rules would require automakers to achieve a 54.5mpg average fuel economy among all of their cars, light trucks, and SUVs. To be more exact, it would mean up to $240 more in your pocket, each year. Another fun stat? The positive impact of these standards would be the equivalent of shutting down 70 coal plants across the country, annually.

I’ll be at the hearings tomorrow, and it would be great to see you there, too. Find out how to get involved here and get your public comment on the record, even if you can’t make the hearing, yourself.

State of the State

The legislature kicked off its 2012 session last week, and return tomorrow for their first full week. Find out what they’ll be up to in the Governor’sState of the State address on Wednesday. Michigan LCV will be live-tweeting from the speech. Follow us on Twitter at @michiganlcv for the latest updates!

This week’s Political Week In Review was researched and written with assistance from our Project Associate, Drew YoungeDyke.