Where does the rainfall go each time it rains?

It’s not a trick question. Each time it rains, the rain comes down where it lands– whether that is grass and soil, where it gets absorbed, or pavements, roads, and sidewalks, where it runs off, collecting a build-up of litter, toxins, and waste.

Eventually, this runoff water makes its way to our rivers and lakes, where it deposits these toxins and pollutants and causes sudden temperature changes that affect and harm the wildlife in the water bodies.

The North Park Montessori school gymnasium was full of excited chatter Monday evening as fourth and fifth graders participated in a community open house on rain barrels. Rain barrels, as the students have learned, are a useful tool in preventing some of the runoff that occurs each time it rains. 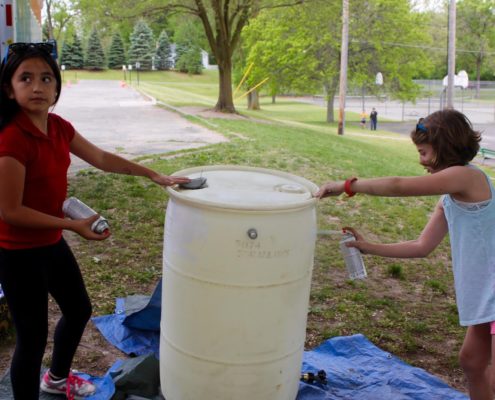 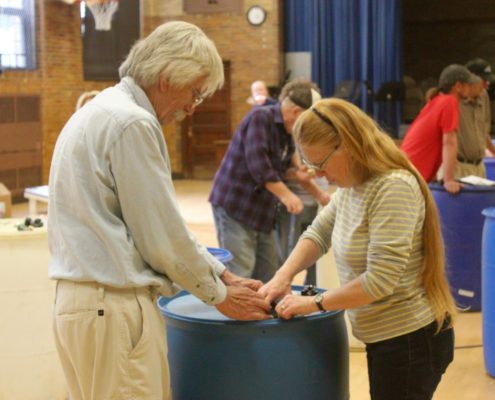 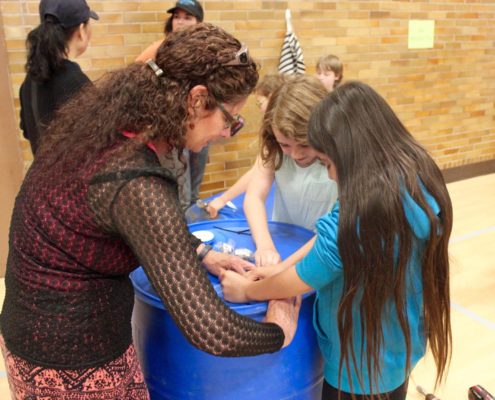 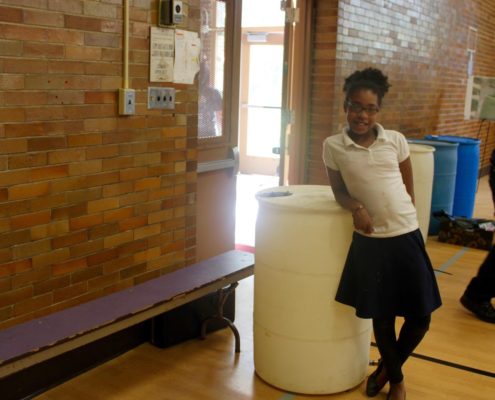 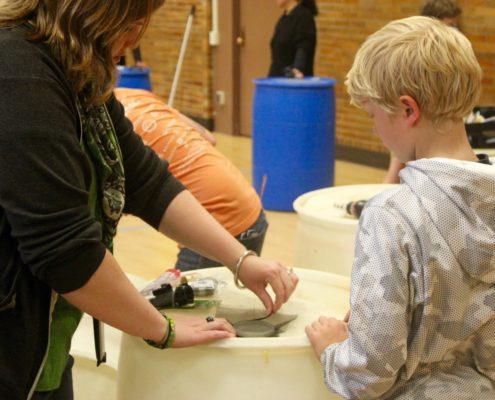 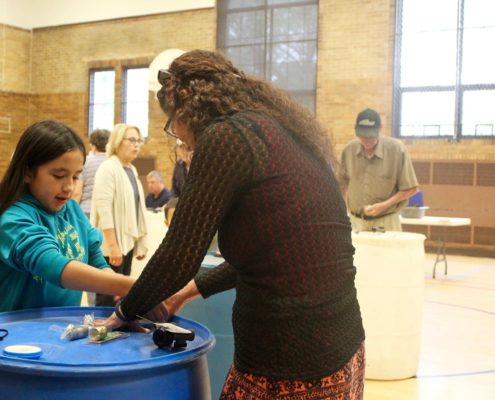 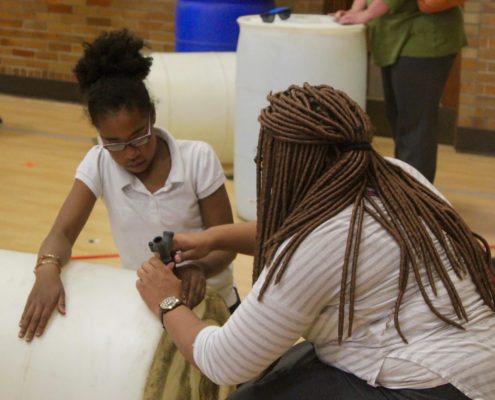 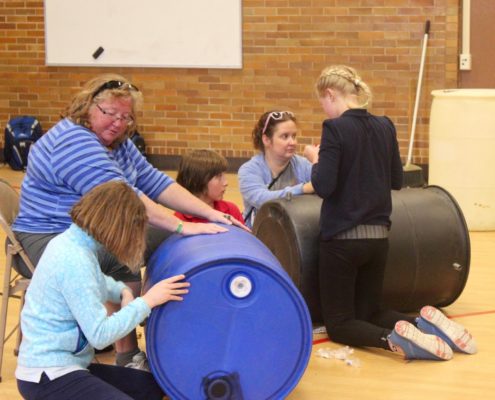 Fourth and fifth graders ran around, helping anyone they could for an excuse to build another rain barrel. “We use them to catch to stormwater before it runs into the lakes,” said fifth grader Neveah to another student.

Because they are simple to assemble and install, rain barrels are an approachable jump for people to make small changes to their daily lives. Not only do rain barrels offer a close-to-home solution to our planet-wide runoff problem, but are also an efficient way to lower home water costs– think of the gallons of water that go unused each time it rains. This water can be used for watering lawns, plants, and gardens, cars, and more (though make sure not use it for cooking or bathing!).

Students received a presentation on the importance of rain barrels earlier in the school day from WMEAC’s Water Program Outreach Coordinator, Ondrea Spychalski. Armed with their knowledge, the kids jumped from one community person to the next, excited to help build the rain barrels and lend a knowledgeable hand.

Fourth grader Iyanna says, “This [the rain barrel] keeps the rainwater in here, and traps the water. We’re going to use it for watering our plants.”

Efforts to teach kids in the community logical solutions to complex environmental problems are a gateway, says Spychalski.

The event is a result of a partnership with WMEAC, the Lower Grand River Organization of Watersheds, and the City of Grand Rapids for GLRI awareness week, which raises community consciousness of the Great Lakes Restoration Initiative.

GLRI – or the Great Lakes Restoration Initiative –  is federal funding program that was launched in 2010 in an effort to protect the Great Lakes, particularly with a focus on “1. Cleaning up toxics and areas of concern; 2. combating invasive species; 3. promoting nearshore health by protecting watersheds from polluted runoff; 4. restoring wetlands and other habitats; and 5. tracking progress, education and working with strategic partners.”

Other events in the week included Storm Drain Marking and a Bioswale Installation at East Rockford middle school.

Curious about building your own rain barrel? Check out this video, and the photos below.

Explaining the Buzz about Bees

A look at upcoming Active Commute Week
Scroll to top