For 100 years, 400 acres of dunes along the Kalamazoo River and Lake Michigan have escaped the region’s trend toward development, and remained relatively untouched except for the construction of one home at the river mouth and the defunct Broward Yacht factory.

This landscape is world-renowned for its natural beauty, critical dunes, and globally-imperiled wetlands — home to endangered species, the long-buried “lost” town of Singapore, and Native American sites.  In 2011, it was named one of the ’11 Most Endangered Places in America’ by the National Trust for Historic Preservation because of the threat of a marina development.  This property is contiguous with Saugatuck Dunes State Park Natural Area, Saugatuck Harbor Natural Area, and Tallmadge Woods Natural Area. For decades, local, state, and national organizations, including the National Trust for Historic Preservation, West Michigan Environmental Action Council (WMEAC), and the Saugatuck Dunes Coastal Alliance (SDCA), have led efforts to protect this land.

Jeff and Peg Padnos, who bought this land in January, 2017, are currently working with Cottage Home, a Holland-based developer, to design and construct a marine and residential development, similar to the plan envisioned by former property owner, Aubrey McClendon. 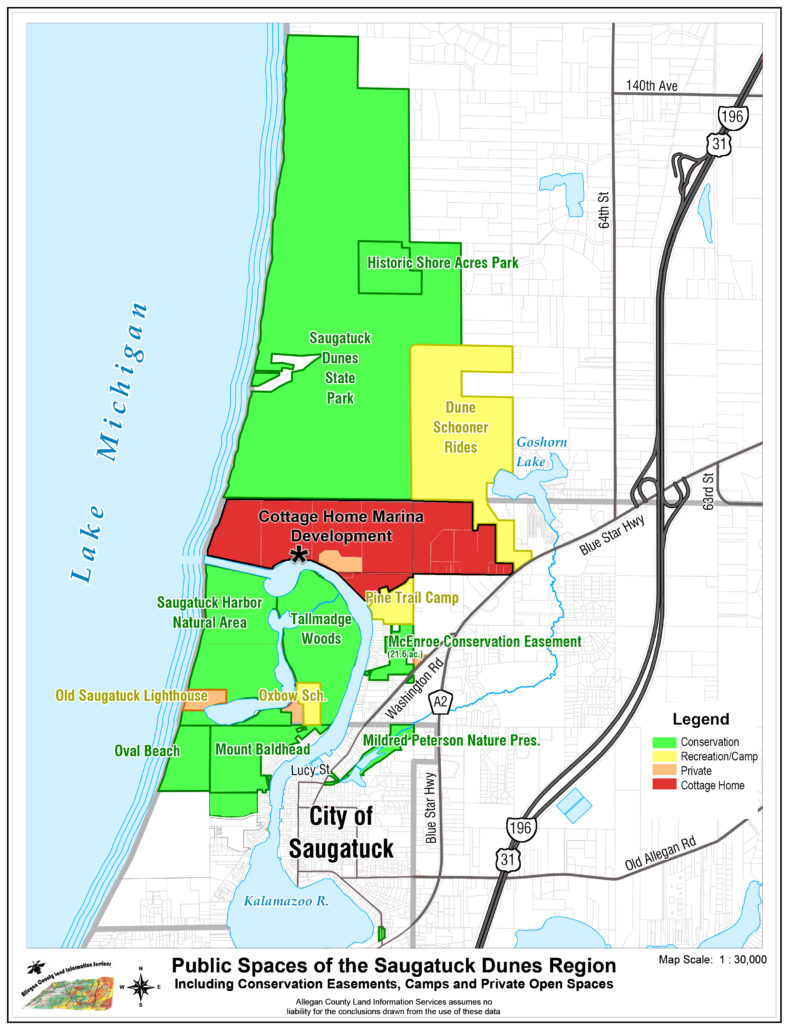 The following is a chronological narrative of events leading to the current situation after the January property transaction:

In an effort to promote a development approach more reflective of the community’s values, the SDCA hosted a townhall meeting in Saugatuck in early February. Richard Shaw, of Design Workshop, presented three case studies that successfully balanced conservation development and community values aimed at minimizing impacts to rare landscapes.

Cottage Home submitted a preliminary plan to the Saugatuck Township Planning Commission meeting in late February. Several residents voiced concerns over the scope of the project, especially for a massive marina where there is currently no water on the property.

On March 28th, the Commission held public hearings on the rezoning request to allow for commercial development at the far eastern end of the property along Blue Star Highway, approval of a site condominium and PUD request for 23 residential homes to surround a boat basin, and Planning Commission (PC) permission to create a large marina. Dredging a 14-foot-deep marina with 49 boat slips requires the removal of 160,000 tons of sand, which by Department of Environmental Quality (DEQ) definition is ‘sand mining.’

Over 20 residents spoke out against the requests during the meeting and many others submitted letters. The proposed marina is the primary concern. Excavation for the marina will cut directly through the long buried town of Singapore. Citizens spoke about the public safety and boat traffic issues, the depth of the marina which is twice that of the adjacent river, the appropriateness of this project to be harmonious with adjacent property, the potential use/sale of excavated sand, potential toxins from the factory and saw mills located there in the last century, and other concerns.  The PC voted to allow the rezoning for commercial purposes and tabled the condominium and marina requests. 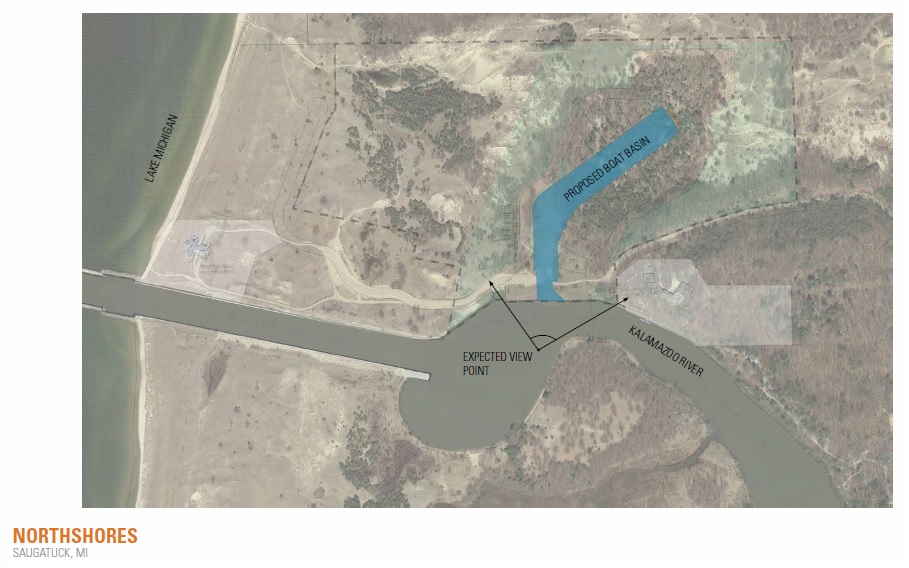 On April 26th, the Planning Commission met to further discuss the condominium and private marina.  This was not a public hearing so there was no public comment until after the commission voted.  With little inquiry or debate, the commissioners voted 6 – 0 to grant preliminary approval to both requests.

Preliminary approval included over 20 conditions paramount being successful completion of the permit requests necessary from the DEQ, the Army Corps of Engineers, and the EPA.

The decades-long effort to preserve this magnificent land, fueled by continued local interest and involvement of national organizations, has rekindled a persistent conservation ethic that dates back to the 1970’s…and it is far from over. The SDCA and WMEAC will continue to provide local support for critical dunes advocates and advocacy. 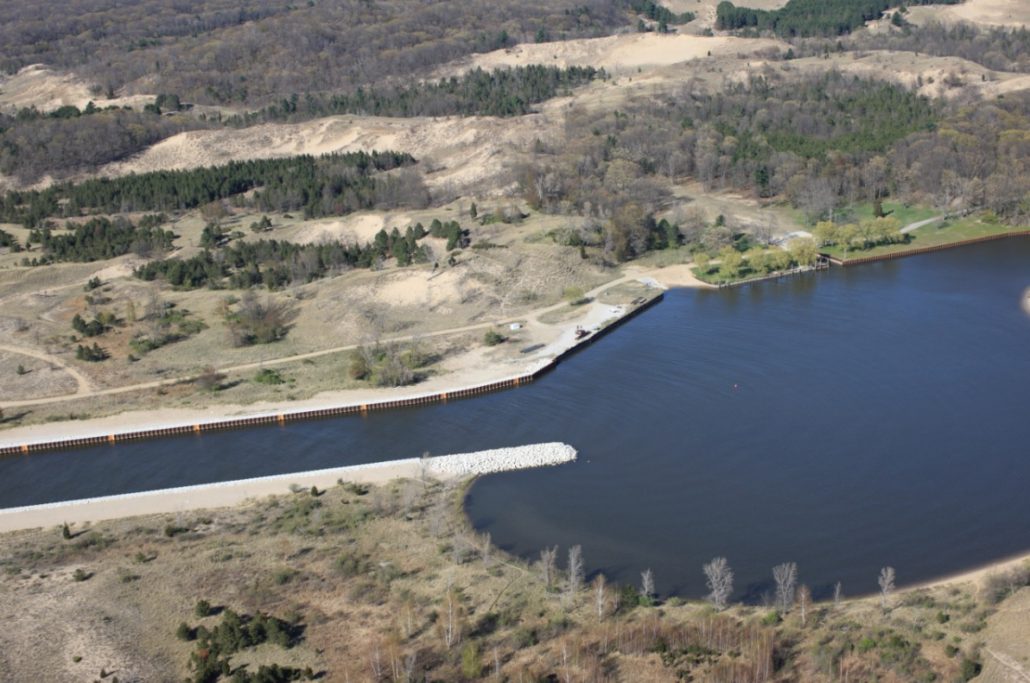 An aerial view of Saugatuck Dunes.

Explaining the Buzz about Bees
Scroll to top