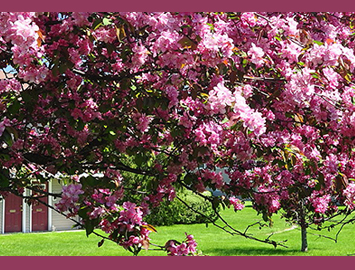 The EPA and Obama administration’s recent decision to lower carbon emissions by imposing tighter regulations on industrial activity has sparked significant debate throughout the country (EPA). While these regulations will not take immediate effect, it is important to look at the potential long term ramifications of these regulations on the environment. Michigan can best position itself to meet these higher standards through increased energy efficiency and renewable energy generation.

Is Michigan Ready to Meet the New Federal Carbon Regulation?

The recently announced Federal Carbon Standards has the goal to reduce the United States carbon pollution from power plants by 30% by 2030 (Clean Energy Now). Power plants are the largest producers of carbon emissions, contributing to 1/3 of the nations greenhouse gas emissions. According to the EPA, the new standards can yield as much as $93 billion in climate and health benefits. The State of Michigan is currently working to meet its renewable portfolio standards that require 10% of energy to be from renewable sources by 2015. Both the renewable portfolio standards and energy efficiency standards has been deemed successful, promoting economic development while also reducing emissions. Even so, in order to ensure Michigan is on track to meet the new federal standards, a stronger renewable portfolio standard and energy efficiency standard will be needed. In 2012, Michigan’s emission rate was 1,696 lb/MWh. The federal carbon standards will require the state reduce emissions to a rate of 1,161 lb/MWh in 2030 (EPA). The new federal carbon rule presents an opportunity for the State of Michigan to expand its use of clean, renewable energy.

According to a report by the Michigan Public Service Commission and the Michigan Energy Office, Michigan has the capacity to triple their generation of renewable energy. The report also stated that Michigan is capable of increasing the RPS to obtain 30% of electricity from renewable sources by 2035 (Detroit Free Press). Michigan received 54% of its net electricity generation from coal-powered plants compared to the national average of 44% (US Energy Information Administration). The state is also home to one of the top ten dirtiest coal plants in the United States, clearly showing the state’s below average status and need for improvement (Clean Energy Now).

Reactions From Leaders and Industries

The head of the Michigan Department of Environmental Quality, Dan Wyant, said the federal carbon goal is attainable if the state is given the choice do decide how to comply. He also trusts that many of the power companies will support the lower carbon requirements. Consumers Energy states they are already on track to lower their carbon emissions 20% by 2025. A common concern with increasing renewable energy is that costs will increase. However, Governor Snyder’s administration believes Michigan’s electrical grid can support triple the amount of energy from renewable sources and still keep prices affordable for consumers.

The State of Michigan must comply with the new federal carbon standards and will have to make changes to do so. Increasing efficiency standards and creating strong renewable portfolio standards will put Michigan on track to meet the regulations. Expanding the renewable energy requirements holds the potential to bring new investments to the state, create both short and long-term jobs, and promote economic growth. Lowering carbon emissions will also address climate change while protecting the health of humans and the environment.

What is an Environment?

Meat: Don’t Eat It or Buy It Local

With 20% of the Worlds Fresh Water, How Does Michigan Protect Against Micro...
Scroll to top