When coming across the word “environment” what are the stigmas that follow suit? Many times, when the word environment is mentioned, there is a tendency to focus on “saving the whales”, “Going Green”, or “Tree-hugging” but, are these true definitions of the word? Are “environmental type conversations” only limited to issues that are concerned with the condition of nature and animals? Short answer: Yes, and No.

According to the Merriam Webster Dictionary, the environment is defined as,

Inside many homes are several indoor pollutants such as allergens, household chemicals, smoke, air pollutants, and even pests that contribute to health problems such as asthma. In the United States alone, about 25.9 million Americans have asthma and of those 25.9 million, about 7.1 million are children with asthma. This problem is certainly not cheap. Asthma cost Americans about $56 billion every year. (ALA)

From this, it is important to understand that a life-long disease such as asthma can be caused by pollution within the home. It is also important to understand that this disease is most common among minorities.  According to, The Asthma and Allergy Foundation of America and The National Pharmaceutical Council, ”the burden of asthma falls disproportionately on the Black and Hispanic (populations.)” Furthermore, “this burden has environmental, socioeconomic, and behavioral causes.” (AAFA) This study also suggests that, “asthma and allergies are related to environmental conditions.” Later stating that, “Airborne allergens and respiratory tract irritants (are) found indoors, especially in substandard housing and atmospheric pollutants contribute to asthma[.]” (AAFA)

By far, indoor pollutants are one of the most widely underlooked issues amongst the masses. It is also one of the most costly health dangers. Yet, it’s one of the most preventable problems faced today. So if these dangers are preventable, why are these dangers not being prevented, and why do underrepresented populations face these health problems related to the environment? Simply put, there is a lack of education and resources within the areas that are most likely to be exposed to indoor air pollution. Though there are programs to help alleviate the dangers such as “The Healthy Homes Program” and “Allies Against Asthma”, there is not enough awareness about indoor air pollution to prevent the health dangers that are connected to environmental issues. 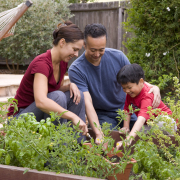 4 Reasons to Can Your Fruits and Veggies

Reducing our Mayors’ Cleanup Footprint: Cotton and T-shirts 5 Cleaning Products You Can Make At Home With 5 Ingredients Or Less
Scroll to top