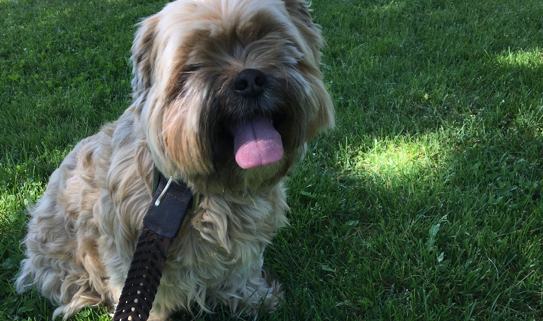 On June 2, at Richmond Park, WMEAC interns were beginning a Teach for the Watershed program, part of a Great Lakes watershed education program administered in classrooms and in the field throughout parks in Grand Rapids and the lakeshore. The interns were expecting a day leading kids through a stream study. What they got was a chance to teach a lesson about compassion, responsibility, and helping those in need.

At about 10:30 a.m., the students were ready to take turns visiting stations in the creek, testing  the water for pollutants, attempting a biodiversity scavenger hunt, and identifying types of aquatic macroinvertebrates (water bugs used for quality analysis.) As the kids stood in a circle listening to an introduction to their morning, a car pulled up and a small dog emerged.

The dog, noticing the group of friendly, excited kids, ran to them and between them, accepting affection from any stray hand willing to give it. As the kids shouted and played with the dog, one WMEAC intern, Bradley Stetzenmeyer, was wondering where the dog had come from.

The interns were shocked  by what they had just witnessed, but also conscious of the group of kids there watching their reaction to this unusual experience – but still excited for their watershed experience. Using a team approach, the interns took turns caring for the dog at the chemistry station. While there, the kids each were able to spend a little time with the 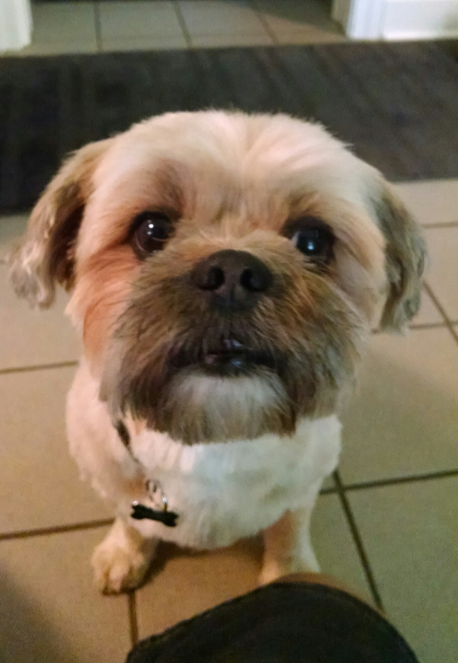 After a trim and a trip to the vet, Cody is feeling great!

“The dog was so badly matted” Bradley said.

As the program wound down, another intern offered to take the dog home, but Bradley had a different thought.

A friend of his had just lost their faithful family dog of 17-years-old only a week prior to this incident. Knowing his friend’s love for dogs, he reached out to them, arranging to bring the dog to meet the family.

“Within a half hour of meeting the dog, my friend’s mom was like, okay, let’s go to the vet this afternoon,” said Bradley.  For them, it was love at first sight.

Now, almost a week later, the formerly lost 5-year-old Shih Tzu has a name: Cody. He’s been trimmed and checked out by a veterinarian, who found nothing out of the ordinary. He’s happy in his new home, and so is his new family.

“We are so grateful the [people] from WMEAC were at the park that day. The actions they took to rescue an abandoned dog led to such a happy ending for us and for Cody,” his new family says.

We want to wish Cody the best life with his new family. He certainly has made an impression on us all.