As has been widely reported, one interpretation of the Mayan calendar suggests that the world will end sometime tomorrow, December 21, 2012.  After researching the issue, WMEAC has concluded that the world will not end tomorrow.  You may choose to take this with a grain of salt.  We reached this conclusion through the same process by which we have determined that issues such as stormwater runoff and global warming are threats to our way of life. This process (all but unanimous scientific opinion) has proven surprisingly controversial.  Also, for full disclosure, all of WMEAC’s work is predicated on building a more sustainable future for West Michigan, which does present a slight conflict of interest.  If there are no lakes or rivers, keeping them clean becomes a moot point.  Ditto if there are no trees, trails, or future generations.

For a thorough explanation on why the world will not end tomorrow, we invite you to check out this FAQ from NASA. Although we are not an authority on archaeological interpretation, the common consensus is that the 2012 doomsday scenario has as much credibility as an e-mail chain letter, and very likely began as an Internet hoax.  Recent research also suggests that the commonly held belief that the Mayan calendar ends tomorrow are not entirely accurate.

What is ironic about this discussion is that many of the organizations actively debunking the 2012 doomsday myth are also actively working to convince anyone that will listen that our planet is indeed in grave danger.  There is unanimous agreement among scientific experts that there will continue to be life on the third planet from the sun for the foreseeable future.  But there is nearly unanimous agreement that life is going to be get harder on this planet for the vast majority of its flora and fauna.

So in the interest of discussion, WMEAC has created a list of the Top apocalyptic scenarios likely to destroy our way of life.  Primary research was conducted by WMEAC intern Erin Golder, with support from interns Allison Arnold and Angelika Kurthen.

No. 13 Alien Invasion (extra terrestial)
As seen in: Independence Day, Battle of Los Angeles, V, many others

In the event of extraterrestrial beings stopping by earth for a visit, the common belief is that they will not be as friendly as E.T. and are more likely to enslave or exterminate humanity for our natural resources…or eat us.

There does exist the possibility that a species advanced enough to conquer the stars will be more interested in diplomacy than colonization, but we have to assume that it takes a lot of capital to mount an interplanetary expedition, so it’s reasonable to expect that such an effort will be ruthlessly profit-driven.

Also, the aliens might not necessarily be intelligent species: introducing an extraterrestrial virus or superpredator (ie: Alien) to our planet would be devastating.

However, it is predicted to be very unlikely that we will see alien invasion in our lifetime. In the event of alien invasion, do not approach them, talk to, or attempt to make peace.  Stay away!  Our only hope might just be the Men in Black.

On alien life on other planets in our galaxy or universe: here and here

No. 12 Attack of the Robots
As seen in: The Terminator, The Matrix, I, Robot

The time when machines will surpass intelligence of man and be able to reason for themselves is fast approaching, predicted by Ray Kruzweil to be around the year 2045.  The question remains what type of personality this artificial super intelligence will exhibit, but there is a hypothetical chance that it will decide to self-propagate the planet with a race of killer super robots.

No. 11 Anything Colliding with the Earth

The chances of a giant space rock (rogue planet, asteroid, whatever)  finding its way to Earth and destroying it soon are slim to none. However, an asteroid which may have a chance of hitting the earth has been observed on a path that may cross Earth’s around 2040. NASA says the odds of the asteroid contacting the Earth is extremely low.

Such an event did likely kill off the dinosaurs though, so it’s not exactly unprecedented.  But don’t worry too much about the Earth’s untimely end by asteroid. There is constant research being conducted on preventative measures that can be taken to deflect a space rock from making contact with earth and destroying life as we know it.

But what happens if the sun attacks us? Solar flares, which occur when the sun emits huge bursts of geo-magnetic particles, could cause massive, worldwide blackouts. These would last extended periods of time, almost as long as a year, and although blackouts seem relatively harmless, they would plunge the world into mass chaos, as millions of people would no longer have access to the internet (in addition to fuel, clean water supplies, among other resources).

No. 10 Black Hole Swallows the Earth

It is possible that the Large Hadron Collider at CERN may produce small black holes when subatomic particles are collided at high speeds. The threat is that a small black hole will expand, sucking up all matter as it grows, eventually swallowing the whole earth.

CERN scientists say that this event is a highly unlikely event. Unfortunately if a black hole does begin to consume the earth, there may be nothing we can do.

No. 9 Global Warming: Day After Tomorrow or Water World Scenario

As seen in: Day After Tomorrow, WaterWorld

Although scientifically plausible, far-fetched scenarios such as this have stained the credibiilty of advocates and scientists working on global climate change.  But  it’s possible.

Scientific projections of what the United States will look like in the future here.

Could it happen? Here and here 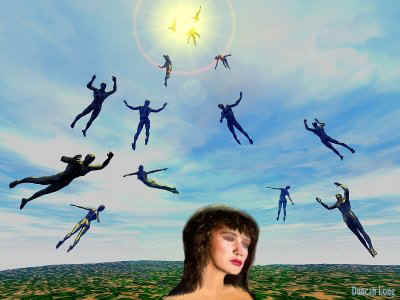 No. 8 Rapture
As seen in: Left Behind 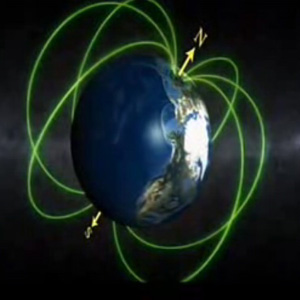 Earth has magnetic currents, which originate in the core of the planet. Although they can be used for navigation purposes, they aren’t extremely consistent, and tend to fluctuate. This change in magnetic fields can be seen by the stratification in magma that has cooled into rock on the ocean’s floor.

Worse than volcanoes, Super Volcanoes form small depressions in the earth’s surface, nearly hidden from the eye of the beholder. Magma builds up over thousands of years, and the pressure beneath the ground can explode at anytime with a force 10,000 times that of Mount St. Helens. Scientists believe that the ground at Yellowstone has enough swelling to be capable of holding a super volcano. And what makes it worse is the fact that the world is overdue for another super volcano explosion.

No. 6 Depletion of Natural Resources
As the human population of earth grows it will become more difficult to feed and sustain so many. If a long term drought were ever to occur it would lead to famine and potential economic collapse. With the threat of climate change spiraling out of control sometime in the future, large amounts of famine are a likely outcome.  Learn more here and here.

A virus that creates flesh-eating, brain-hungry zombies can spread quickly through the bite of an infected individual. Experts say it is possible but unlikely that a virus could mutate into something lethal and untreatable such as a zombie virus. In case of a viral zombie outbreak be prepared by stocking up on water, non-perishable foods, batteries and flashlights, and a safe and secure place to hide out. Remember, you can NOT reason with a zombie. Do not attempt to save those who are infected.

The Center for Disease Control has great resource on the issue here:  http://www.cdc.gov/phpr/zombies.htm

Given the current health care debate, this scenario actually seems more likely than others on the list. No. 4 Alien Invasion (terrestrial)
As seen in: Birds, Night of the Lepus

Although the science is limited, the recent introduction of Asian carp into the Great Lakes highlights the fragile balanced of our ecosystem.  Although human civilization has endured through the countless environmental catastrophes caused by invasive species, with several establishing new ecological normals (eg: bees, earthworms, rats), a day may come when a species topples the balance on a global scale.

No. 3 Biological Warfare or Super Disease
As seen in: The Stand, The Andromeda Strain

With advancements in technology, the possibility of the re-emergence of a deadly virus or bacteria such as the Bubonic plague or polio is a real threat. A list of possible biological weapons can be found here: http://www.bt.cdc.gov/agent/agentlist.asp

No. 2 Nuclear Meltdown (or Attack)
As seen in: Planet of the Apes, Jericho, A Canticle for Liebowitz

There isn’t much explanation necessary here.  Our society clearly understands the devastating power of nuclear technology.  If we continue to maintain a nuclear arsenal and/or pursue an all-of-the-above energy approach, there is potential for a catastrophic nuclear event.

It is no longer a question of if this is going to happen.  It is happening as you read this.  The question is how we are going to react as a community.

At best, tomorrow marks the end of a very long cycle of time.  It’s opportune that this comes in December, at the end of our more commonly understood, much shorter, cycle of time.  With the new year, we are expected to take measure of our failings and resolve to do things differently.  So why not make tomorrow the ending of an old cycle? Why not begin a new era of rebirth and better ways? That part doesn’t have to be a myth.

Now is the time to invest in your local environmental movement. Please help WMEAC protect this planet for future generations with your tax-deductible donation today.  You may do so with our online form here or by calling Tim Berghuis during normal business hours at 616.451.3051 x30.

The Price the Next Generation Will Pay for Chemical Exposure
Can You Green Dry Clean?
Remembering WMEAC Founding Member Willard Wolfe
WMEAC Response to Governor Snyder’s State of the State
Are you a Wheel or a Roadblock?
How did the Michigan environment fair in the General Election?
Recycling: The What, Where, and How
WMEAC’s Endangered Snowman Talks About Climate Change
1 reply