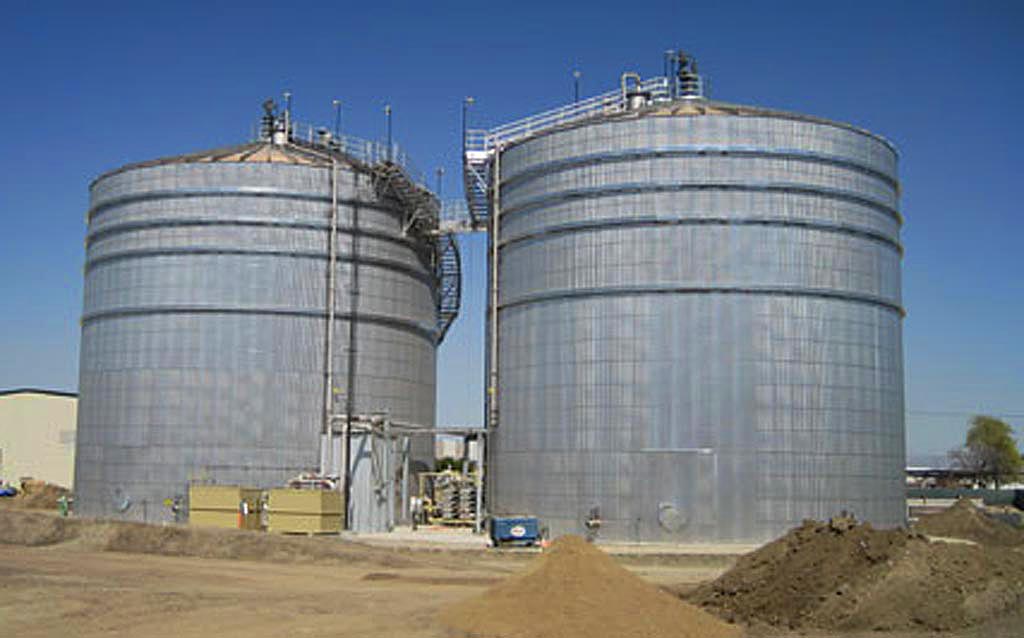 Biodigestion and the Greening of West Michigan

“I call this a big stomach. Ok?” Charles Schroeder tells me frankly, leaning back in one of the tall chairs that surround the conference room at the Grand Rapids wastewater recovery plant. “We’re making a big stomach is what we’re doing.”

In all my time reporting for WMEAC, I have never heard a more succinct way of describing an extremely complicated piece of technology. Stomachs break down food, turning it into energy, waste and as a byproduct, a little bit of gas.

A biodigester like the one being installed behind the wastewater recovery plant basically does the same thing.  You insert waste in one end, let it sit in a vat of bacteria for a few days, and voila! Clean burning, renewable methane gas comes out the other. Essentially, it’s a technology used to harness the power of the city’s farts.

While this may not seem like the most glamorous thing in the world, Bill Kaiser, the Superintendent of the plant, tells me that it’s extremely necessary. As more people move into Grand Rapids, the city makes more waste. If Grand Rapids continues to grow over the next five years, Bill tells me that the facility wouldn’t be able to handle it all.

“We need to do something. Everything is going to be growing, but the biggest person currently is growing was Founders, because they discharge directly to us.”

Digesters solve the problem of increased waste elegantly. Rather than condensing solid waste and adding it to a landfill, the biodigester program will store waste in a bacteria filled ‘stomach’ that quickly breaks it down into useful parts.

Good Things From Those Who Waste

Once the bacteria in the digester are done with their job, wastewater recovery can retrieve phosphorous, nitrogen, carbon, and biomethane gas. There have to be facilities in place to clean these products, but from there the city can sell them for any number of uses. The biogas, for example: “you put your gas, we clean it up to pipeline quality, and then it’ll be used to offset diesel and regular gas. So we’re going to feed that to DTE’s pipeline and they can use that for compressed natural gas.”

Biogas, according to the California Air Resources Board, beyond being a cheap alternative fuel, is also carbon neutral. This may seem a bit backward, as we’re not used to thinking that burning anything is good for the environment. But decomposing organic waste already emits biogas: it’s a part of the decaying process. Refining biogas means that we can harness that process, rather than just having greenhouse gasses go straight into the atmosphere. Joanna Underwood of Energy Vision even writes in an article for Reuters that “when made using food or farm waste and used as a transportation fuel in heavy-duty buses and trucks, [using biogas] cuts greenhouse gases fuel by up to 300% compared to diesel.”

Toward a Green Future

Schroder, who works as the acting utilities director at the plant, is adamant in reminding me that the biodigester and its affiliates are “not new technology, it’s not like we’re experimenting with anything.” Grand Rapids actually used to have two biodigesters, built in the nineteen fifties, before they were shut down due to illegal dumping practices that contaminated the digesters with toxic chemicals.

But with one “Stomach” being built and two more in the planning stages, this wastewater recovery scheme is part of a new green push in Grand Rapids and the surrounding area. Coupled with an emphasis on green infrastructure, transportation, and alternative energy, it creates a blueprint for a more sustainable West Michigan. Bill and Charles sometimes present this technology as just good economics, which it is. But it is also part of an emerging vision of the world filled with vibrancy and hope.

“There are technologies that are just in their infancy,” Bill tells me, absently tapping a pen on the table, “but potentially you could make bioplastics out of what we’re doing. I mean, you know there’s options. The sky’s the limit in terms of what happens in the future.”