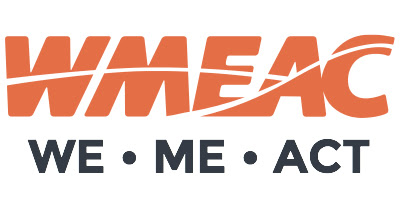 COVID-19 has now killed more than 100,000 in the US, and 25% of those deaths are Black Americans, due in part to racism, social inequity, and environmental injustices that have purposefully robbed the Black community of health and well-being. The murders of George Floyd, Ahmaud Arbery, Nina Pop, Breonna Taylor, and the racialized targeting of Christian Cooper while birding are the devastating results of 400 years of slavery, theft, mass incarceration, and other white supremacist institutions, and decades of failure to address police violence and neoliberal policies that prioritize profit and property over people and community.

As an organization involved in the environmental resiliency of the West Michigan community, WMEAC partners with organizations and people in Grand Rapids and elsewhere who are directly impacted by the pandemic, racialized police violence, and disparate health outcomes that are unfortunately determined by skin color and zip code. Tragic occurrences are now part of the daily news cycle, and our team agrees that WMEAC’s deliberation as to where and when to publicly take a stand shouldn’t supersede taking a stand. This is where we are today.

We also must be clear that the climate crisis’ significant impacts on vulnerable communities are being realized because this country was willing to sacrifice Black, Brown and Indigenous lives by placing polluting and extractive facilities in Black, Brown, and Indigenous communities in the United States, and around the world. The climate crisis is, at its core, a racial injustice crisis. The climate crisis is the result of racism and colonialism, and the imperialist worldview that sees indigenous lands in Africa, Asia, the Americas and beyond as places to plunder, steal, and extract from, instead of as places with deep histories, knowledge, families and cultures to protect and defend. US imperialism and profit-obsession has put Black and Brown bodies on the line all over the world as the climate crisis unfolds. The communities that have done the least to contribute to the climate crisis are hit worst, precisely because they have been purposefully made vulnerable by racism and imperialism.

In light of these intersectional injustices, and recognizing that activism takes on many forms, we call upon you to get involved and take action. Check out these suggestions from our friends at Local First.