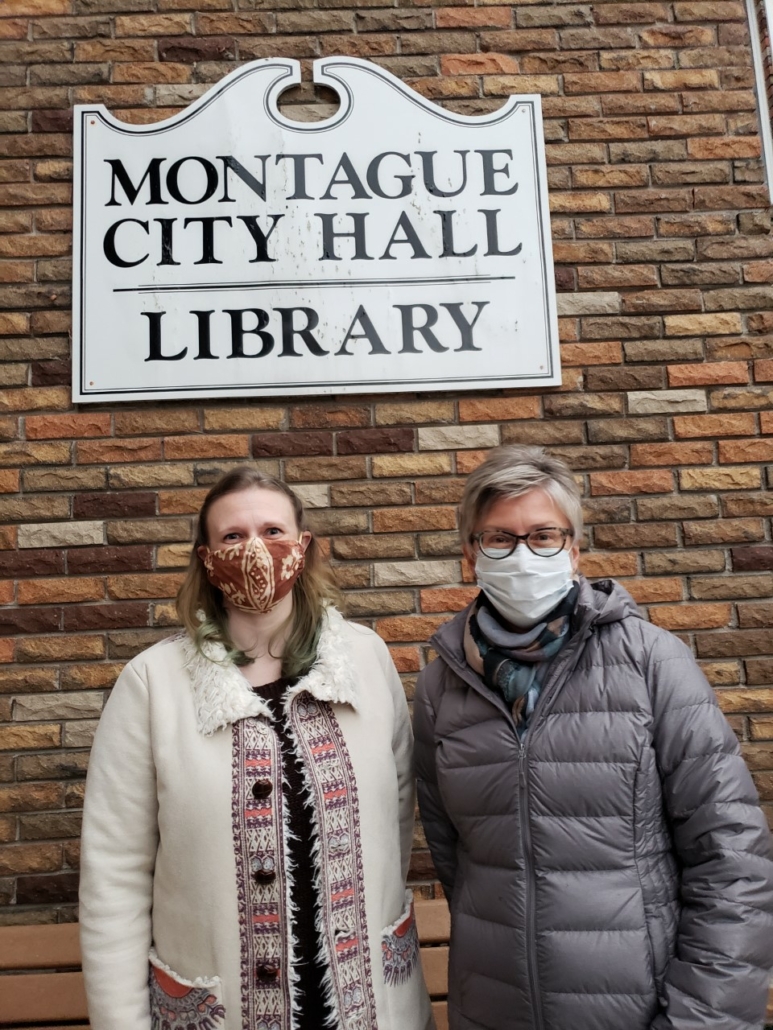 “We all had to get used to not talking over each other before we could talk about the climate crisis,” Tamara Horne, founding WLACAC member and former WMEAC intern, said. The group, which includes retirees, working moms, and college students between the ages 18 and 80+, had a single goal: Make a difference in their community by making their community sustainable.

Guidance from Tanya Cabala, WMEAC’s Lakeshore Outreach Organizer, helped the group get off the ground and develop effective ways to work as community climate activists.

Their first project included reading the book The Future We Choose: Surviving the Climate Crisis and completing a climate organizer training program through the Climate Mobilization Project. Once they had completed their training, they set about setting realistic and measurable goals.

“Our first goal was to ask our local cities about LED lights,” said Lori Heinz Coleman, a founding WLACAC member. Through the process of asking about the lights, however, they found that the City of Montague was interested in declaring a climate emergency.

WLACAC presented the Climate Emergency Declaration template to the city council, which passed the Declaration in December.

The Declaration calls on communities to become carbon-neutral by 2040 and is based on a template created by the Climate Action Project. The template can be tailored to each municipality’s specific needs; the City of Montague, for example, does not have any agriculture within its city limits, so the council removed the sections of the document that call for sustainable agriculture. Another city subcommittee worked to ensure that the declaration was written at a sixth-grade level so local schools could use the document in their curriculum.

The declaration also states that the city will come up with a climate action plan by the next fiscal year, which begins in July 2021.

Although the declaration does not provide specific details about how the city will achieve carbon neutrality, it carries symbolic importance.

“It’s a stake in the ground for the city to say that they are going to make this commitment,” Coleman said. The declaration also provides a way for local communities to make progress on the climate emergency at a national level.

To date, 1,897 jurisdictions in 34 countries have declared a climate emergency, according to the Climate Emergency Declaration.

Although the WLACAC has had enormous success in declaring a climate emergency in their community, they have also faced substantial challenges. The declaration itself passed by a 5-2 vote, and a couple council members aren’t on board.

“We had pushback from people who said, ‘we can’t imagine a group would come in here and tell the city and citizens what to do,’” Coleman said. Despite the pushback, there were also many members who totally understood the need for the declaration, as well as those who were interested in learning more.

Now that the City of Montague has passed the resolution, the city faces the challenges of meeting the resolution’s goals. The first challenge came in the form of a lawnmower.

The City of Montague runs a public campground, which needed to purchase a new lawn mower. The campground put forth a request for an electric lawnmower, which costs substantially more than a gasoline mower. Although some council members understand that the higher cost is ultimately worth the investment, other members don’t.

“This is the first challenge that they’ve had regarding climate since the declaration,” Coleman said. “Even though they passed the resolution, it doesn’t mean that everything is going to go forward.”

As the City of Montague forges its way forward, the WLACAC continues to work towards making its community sustainable. The group has started a petition for a climate emergency declaration in the City of Whitehall.

“Our group is pretty small, but that doesn’t mean we aren’t able to mobilize action in our community,” Horne said. “We all have something that we really care about and don’t want to lose what’s at stake because of climate change. This is our opportunity to act.”

There are many ways for individuals to get involved and work to face the climate emergency in their communities.

We’re All In This Together

PrevPreviousInvesting in the Future: Sustainability and Parenting in the Pandemic
NextTurn off your Webcam: Evaluating the environmental impact of internet usageNext