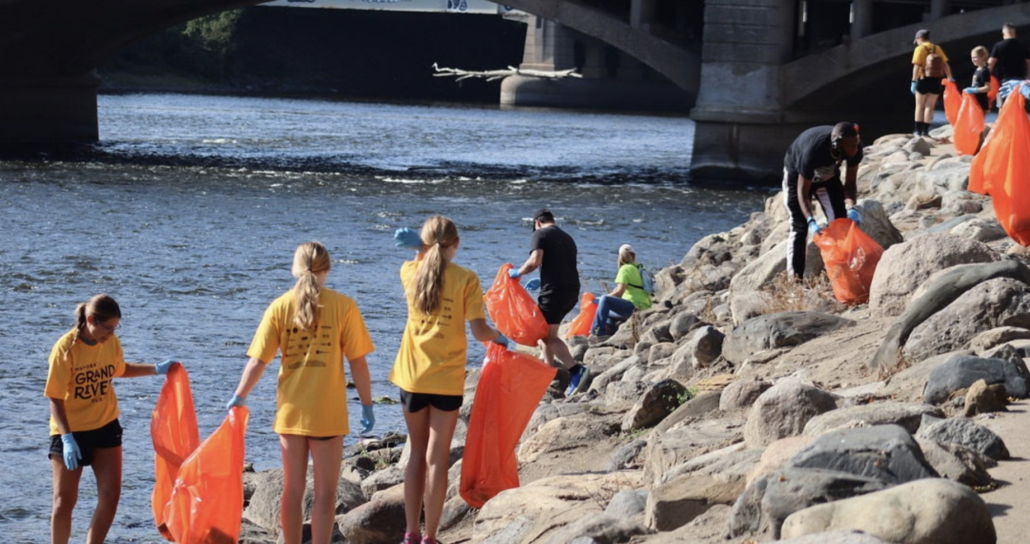 Photos by: Brianna Kilgore of Created with Bri Photography

Participants helped clean up sites across downtown Grand Rapids before returning to the bridge to enjoy lunch from Joezano’s and a beer garden. Tom Werkman from Werkman Outfitters also donated two free guided fishing trips on the Grand River which were given away to lucky kickoff participants.

The cleanup campaign continued throughout the week until September 17th, with organizations adopting sites around the community to clean up at their convenience. WMEAC provided all necessary supplies for participants during the cleanup week, including gloves, trash bags, and first aid kits. 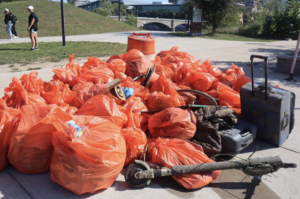 In total, 37 sites were cleaned in 5 local communities and over 750 people participated in cleanup campaigns. More than 7,600 pounds of trash, including one Lime scooter, were collected from the Grand River, Plaster Creek, Coldbrook Creek, Indian Mill Creek, and Buck Creek.

WMEAC Education Programs Manager Kyle Hart worked directly with the volunteer groups at each site and coordinated with organizations to ensure their volunteers had all the necessary information and equipment for their cleanups. In addition, Hart also educated participants about the history of the Grand River Cleanup, WMEAC’s mission, and ways to stay safe while keeping waterfronts clean.

“We have also incorporated an education piece about people occupying spaces along the Grand River and how to treat them with dignity, communicate with respect while we clean up trash, and be intentional to not remove possessions,” says Hart.

Large-scale cleanup events such as the Mayors’ Grand River Cleanup play a major role in helping communities take control of protecting their local environments. Everything we do on the land affects our waterways. Cumulative efforts to keep our waterfronts clean can quickly add up to thousands of pounds of trash being removed, proving that even the smallest contribution matters in the long run. 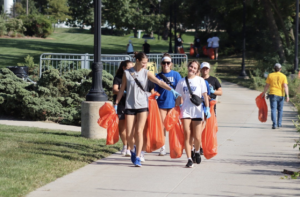 Cleanup campaigns also allow the community to come together over a shared cause and common values, which helps people expand their networks and broaden their horizons to new ways of approaching environmentalism.

“You can establish a sense of community stewardship to care for our natural resources, you also get to meet others who share similar values of environmentalism,” says Hart. “It also inspires you to change your lifestyle choices to become more sustainable to prevent so much trash from being created and getting into our environment.”

WMEAC is looking forward to continuing the tradition of the cleanups with the 20th anniversary of Mayors’ Grand River Cleanup next year, with hopes to expand and make the week’s events even grander.

“Next year, I would love to have a few additional satellite events that volunteers could engage with if they can’t attend our kickoff on Saturday,” says Hart. “We also have a few sites that could use a lot of manpower, so I would like to open those up to the community to rally additional volunteers besides a discrete group to adopt that site.”

To stay up-to-date with future WMEAC community events, check out our event calendar or sign up for our newsletter.

PrevPreviousNew Effort to Kickstart Recycling in Muskegon County Gets State Support!
NextNew-to-you clothing: how to make your closet more sustainableNext