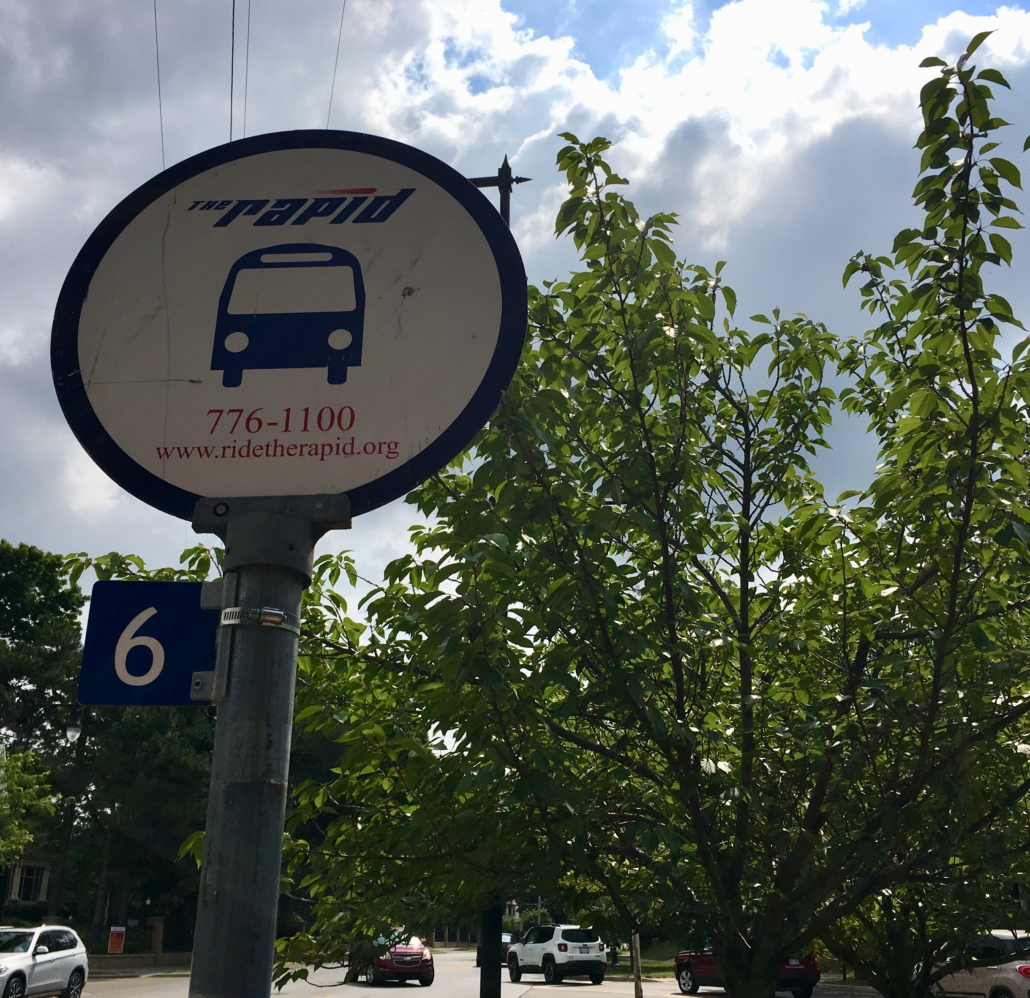 The differences between the Rapid’s diesel-run and compressed natural gas (CNG)-run buses aren’t too noticeable. Both provide alternative transportation to metro Grand Rapids residents and visitors. Each has a rack up front for bikes. Each even has similar seating arrangements.

For Michael Bulthuis, the Rapid’s marketing and communications director, the differences between the two types of buses are both stark and important.

So important, in fact, that the Rapid is making a full fleet conversion to CNG buses by 2028. So far, 28 buses of the transit provider’s 150-bus fleet are powered by CNG. By the end of the year, 20 more will be added.

One way to differentiate CNG buses from diesel buses is the CNG buses’ green tops. They’re an indication as to why the conversion is happening.

Cost-saving was the other prime motivator in the Rapid’s decision for the switch. While diesel has a volatile, fluctuating market, CNG’s is stable. While diesel cost the Rapid $2.48 a gallon on average in 2014, CNG’s same-year diesel gallon equivalent was $0.94.

From what Bulthuis has heard from the Rapid’s bus mechanics, there’s less “moving parts” and smaller filtration systems in CNG buses, making them easier and cheaper to maintain.

Maintenance does require CNG certification training. Gillig, the company producing the buses, is providing the training

“As a taxpayer entity, anytime we can increase revenue without increasing our tax mileage —the taxes to our residents—[it’s] a huge win for us,” said Bulthuis.

Aside from maintenance worker training, the Rapid’s operations center on Wealthy Street needs renovation. Methane is less dense than air, meaning natural gas rises if leaked, whereas oil spills to the ground. Leak sensors were installed on the center’s ceiling.

The Rapid will also run a fueling station on Market Street to hold six natural gas compressors. Bulthuis said the Rapid hopes that excess fuel generated will be sold to public and private buyers in the future.

The Rapid’s 68 paratransit and senior citizen service buses, Go!Buses, have already made a greener switch, from diesel to propane. Propane burns cleaner than diesel and produces 14 percent less carbon dioxide, according to the U.S. EIA.

The City of Grand Rapids’ downtown DASH system, which the Rapid operates, has nine of its 13-bus fleet powered by CNG. The entire DASH fleet is set to be replaced by CNG buses in the next two years.