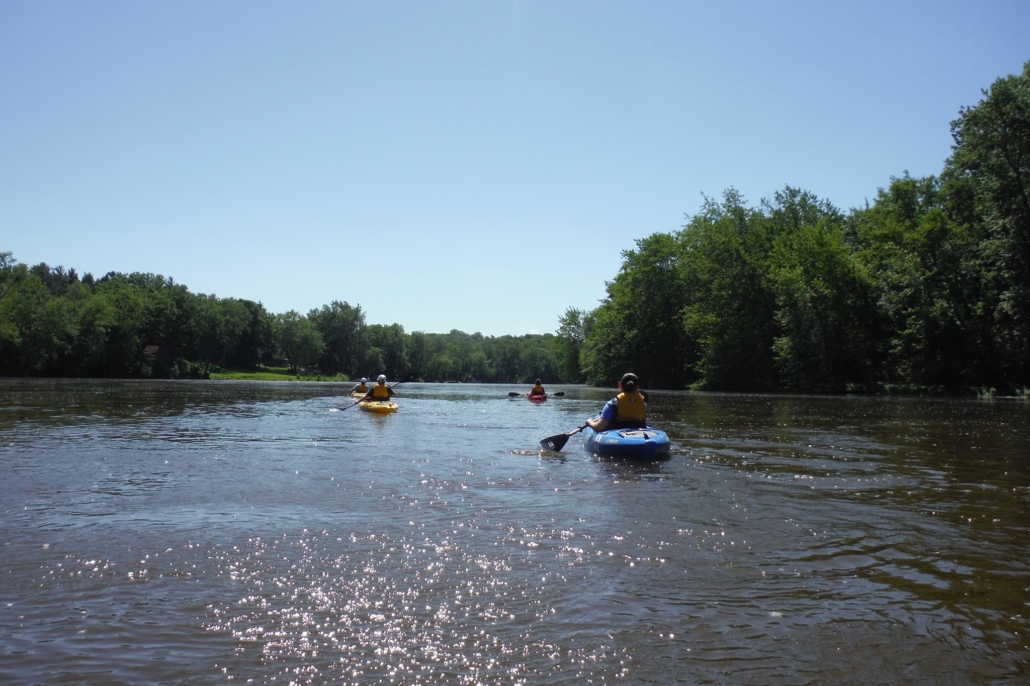 A Look at the Grassroots Movement Against the Grand River Dredging

Local historian Jeff Seaver has enjoyed spending time canoeing and exploring the Grand River. Part of his research has been in to the history of the Grand River: the lumber era in the 1800s, the steam boats, the logging camps.

When he heard appropriations had been made to fund the Grand River Waterway Project, a proposal to dredge a 23-mile stretch of the Grand River from Grand Haven to Grand Rapids, he started asking questions and talking with people he knew.

“Most people were not aware it had moved along as far as it had,” he said. As he got more people involved, a coalition of concerned people quickly came about, leading to the Friends of the Lower Grand River.

Roughly 100 people are in the coalition, and their work has been crucial in raising public awareness to the proposed project as they worked to stall and stop the project. The coalition has been working with government officials, both on local and state levels. They’ve also been examining the proposal from every angle. They’ve been examining the science and protocols behind the proposal, asking things like will there be “enough samples taken in the right spot,” Seaver said. They’ve been identifying what threatened and endangered species live within that area. They’ve also been examining what the permitting process looks like, to find out “where we might be able to intervene to slow or stop the plans,” Seaver said.

They’ve also been working to keep the public informed on the topic, through their website and their Facebook page: to ensure the public has access to all the facts, not just the facts coming from Grand River Waterway LLC.

Before Friends of the Lower Grand River began, there had been little vocal opposition against the project.

“There had not been an imposing voice out there in the public until January, when we started asking questions and sounding the alarm,” Seaver said. But “in the last few months, it’s become much clearer that there is actually more widespread opposition rather than support for the project.”

People interested in getting involved in stopping the proposal can check out Friends of Lower Grand River’s website, which outlines the many negative impacts the project would have, as well as talking points against the project.

People can also contact the coalition, Seaver said, “and let us know why they’re interested and what skills and time they have to bring to the table to help.”

WMEAC’s dredging policy resolution, which opposes the project, can be found here.