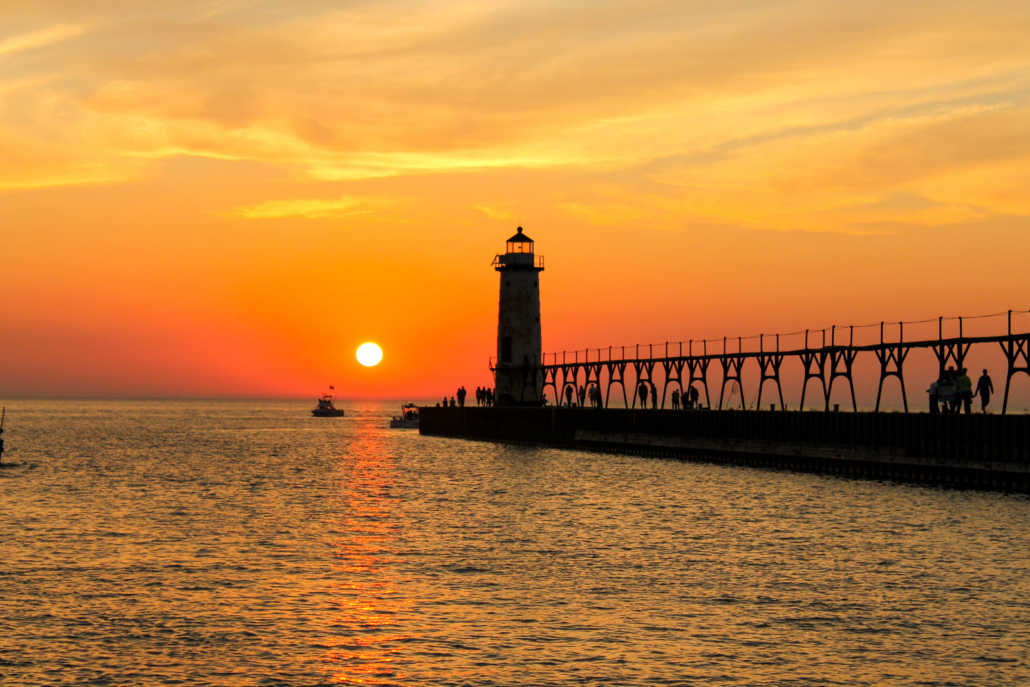 The Power of Protecting the Future: Why We Need to Invest in Sustainable Energy Today

By Sarah Gibes and Oliver Shampine

As young citizens of the Grand Haven community, we believe the proposed electrical energy complex on Harbor Island will force our community to step backwards.

We are concerned about the future of our community and our world. The climate is changing. The quality of our freshwater and our beaches is deteriorating. Building a natural-gas powered plant along the lake will further accelerate these changes.

When the Sims coal-burning power plant ceased operating in early 2020, our community took an enormous step forward: Grand Haven ceased to rely entirely on carbon-based energy for electricity. Before the coal-burning plant, diesel energy provided Grand Haven homes with light and air conditioning. Today, our community receives energy from the Michigan power grid–8% of which is provided by renewable sources.

By 2025, the Michigan power grid aims to obtain about 35% of its power from renewable sources.

As a result of the accelerating availability and affordability of renewable energy, we object to the Board’s proposal to build a $17 million dollar natural gas power facility. It is neither environmentally nor economically sustainable.

Contrary to popular opinion, natural gas is not a bridge technology, nor is it natural. It’s methane. Gas companies mine methane by fracking. Fracking has disastrous consequences on the environment as well as towns and communities. It destroys roads and farms. It contaminates aquifers and household wells. Fracking also releases methane–which traps over 90 times the amount of heat as carbon dioxide–into the atmosphere, accelerating global climate change.

Natural gas companies ship the unfiltered methane to processing plants. These facilities use a significant amount of energy to clean the gas so it’s safe for consumer use. Even before the gas reaches the generation plant, it racks up a significant carbon footprint. Once it’s clean, the power company sends the gas to consumers, such as the proposed power plant.

Once gas gets to a power plant, it is pressurized and burned. Although methane burns more cleanly than coal, it isn’t completely clean. It still increases carbon in the atmosphere.

Notably, renewable energy sources don’t require fuel. Without fuel-associated costs, wind and solar energy are less expensive per kilowatt of electricity than power produced by either gas or coal.

The proposed power plant is a “peaking” plant. This means it will only be used 5-10% of the year, during seasons when the cost of power in the grid is the highest. This occurs during the hottest months of summer–when solar energy is particularly viable. The energy from this plant will be sent into the power grid, not to the rate-paying citizens of Grand Haven.

The Board of Light and Power closed the coal-powered plant because it contaminated Grand Haven’s air and because it cost too much. The same fate will befall the proposed gas-powered plant. To ensure a healthy, sustainable future, it’s essential for Grand Haven to plan its energy supply to meet the needs of the twenty-first century.

We also urge Grand Haven’s city government to consider the future health of the Grand Haven community. The Board wants to build the proposed plant on the river. Yet there are many better public uses for riverfront land. Build a playground, a park, or soccer fields. Invest in public green spaces. Restore the land so that it will be available for us to enjoy for the next fifty years. The Grand River is one of our greatest resources; we should treat it as such.

The twenty-first century is the century of renewable energy. It’s time for Grand Haven to think ahead. We ask that our voice as young people–the people who will live with the effects of the power plant for the next fifty years–be considered, so that we can protect  our community’s economic, environmental, and public welfare for future generations.