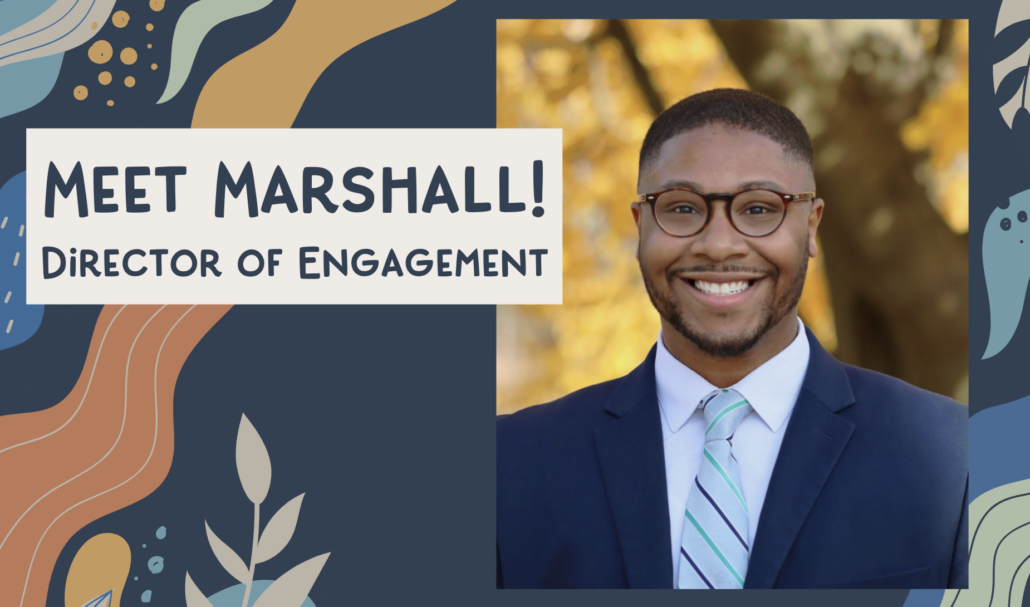 Kilgore is a recent Western Michigan University alum, graduating in 2021 with a Bachelor of Arts in political science and a minor in communications. He is a proud human rights advocate and has a broad career in Michigan politics dating back to high school when he first got involved with politics during Hillary Clinton’s 2016 presidential campaign.

His involvement in the Michigan political sphere grew during Governor Gretchen Whitmer’s first election campaign. Kilgore became a volunteer for the campaign and then worked as an intern, later joining the team as a deputy field organizer in 2017 securing votes for Whitmer across the west side of the state.

“I have two sisters and a mother that I love dearly and I know how amazing female leadership can be,” Kilgore said on Governor Whitmer’s leadership. “I was in awe. She was talking about equality, talking about putting more money in our pockets, talking about protecting the environment.”

During his time in college, Kilgore maintained his studies while being actively involved in local Kalamazoo politics on behalf of his community. He worked as the Director of Advocacy for OutFront Kalamazoo, a nonprofit advocating for the protection of LGBTQ rights, for two years and ran for public office twice– first for the Kalamazoo Public School Board and then for Kalamazoo City Commissioner.

He most recently served as the Community Relations Director for Kyra Harris Bolden’s historic campaign for Michigan Supreme Court. She has recently been appointed as justice by Governor Whitmer, becoming the first black woman to serve on Michigan’s Supreme Court.

“This was for everyone. Our rallying cry was ‘justice for generations’ and I’m happy to have been pushing for accessibility to equal justice under the law for everyone,” Kilgore said. “I’m one of those people who look up to the sky and say ‘what can we look towards in the future?’ I look up and say ‘what is on the horizon?’”

The search for a new director of engagement had been going on for some time at the WMEAC office. However, Kilgore stood out against other candidates, as WMEAC Executive Director Bill Wood explains, for his extensive background in working with and in the community he has severed.

“I’m excited about the creativity I know he brings to the table regarding ways in which WMEAC interacts, engages, and supports the communities in which we operate,” Wood said.

Kilgore is looking forward to working with community advocates and leaders on the ideal committee to further champion diversity, equity, and inclusion in the environmental movement. He is a staunch believer in uplifting everyone in the discussions to find solutions to West Michigan climate issues, especially those in minority communities who have been historically underrepresented.

“I’m excited to get more people out there and say ‘hey, we can do this, this is exciting,’” Kilgore said. “There’s the three R’s: representation, relatability, and realistic. Even before all that, I’m ready to actively listen to leaders in this community and I’m also interested in listening to what our community has to say, what their concerns are.”

Kilgore enjoys being out in the West Michigan environment, spending time hiking, swimming in Lake Michigan, and hammocking in local parks. He is excited to engage people in the small things they can do to keep West Michigan beautiful for generations to come, showing the benefits of getting involved even on a small scale.

WMEAC Deputy Director Elaine Sterrett Isley as well as the rest of the WMEAC team is thrilled to be bringing Kilgore on board and is excited to see all he will accomplish as director of engagement.  “Marshall had great experience working with and among community members. He is very comfortable with public speaking, and passionate about justice issues,” Isley said. “I think he will be a great asset to us here at WMEAC, and I’m looking forward to working with him with our existing and new partners.”