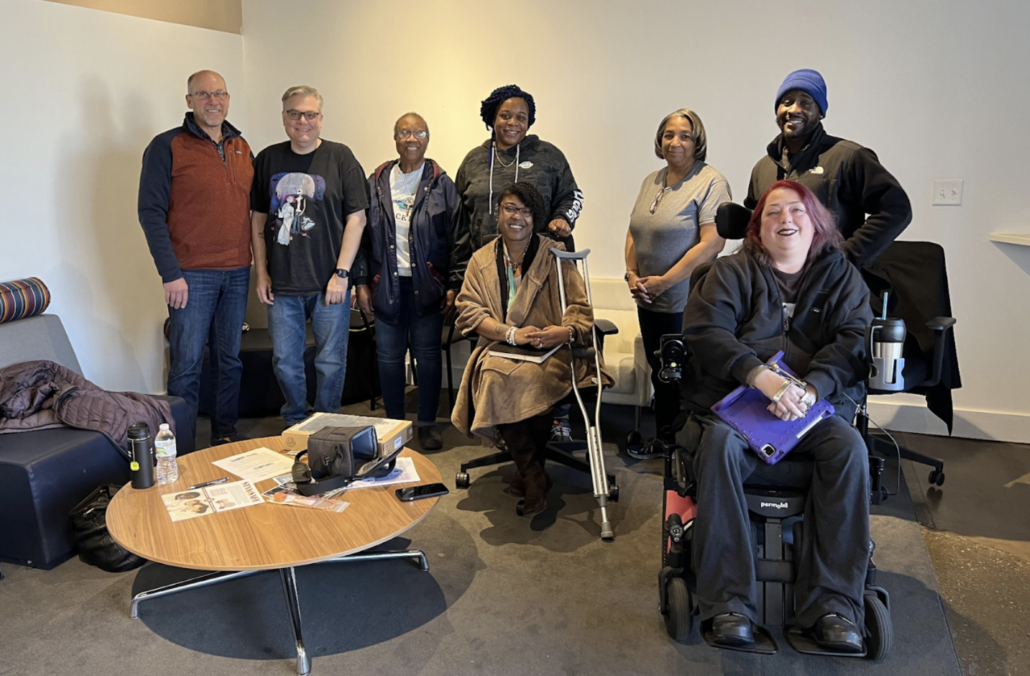 Grand Rapids, MI– In the face of an all-encompassing issue as pressing and large-scale as climate change, it’s easy to believe that everyone has equal stakes in finding sustainable long-term solutions.

However, those with the most to gain from climate initiatives are not only barred from the discussion table but are even locked out of the rooms where the decisions are being made.

Black, Indigenous, and People of Color are often the most negatively impacted by climate change, yet they are not consistently represented in the current climate movement. Marginalized voices are regularly left out of (or spoken over) during conversations on climate justice, creating a social justice vacuum within the climate movement.

One Grand Rapids group is seeking to find a solution to this movement-wide issue by putting the decision-making power into these communities’ hands. The Community Collaboration on Climate Change (C4) centers marginalized voices in climate activism across the city, providing direct resources and funding to different communities to implement sustainable long-term solutions to the climate issues in their neighborhoods.

“C4 is different,” C4 Project Coordinator Ned Andree said. “It’s not white founded, white run, white staff coming into a community and saying ‘hey, we developed this awesome program for you, and here’s what you guys are going to do and how we’re going to resource it and oh, do you mind if we take some pictures while we do it?’ C4 is saying ‘we want to bring the BIPOC people to the table, we want to bring the marginalized to the table, we want to create something and we want to resource you.’”

C4 is currently in its three-year pilot stage, building up a group of community ambassadors of color to lead climate projects around Grand Rapids. With the help of the C4 Planning Team– which is comprised of community leaders, local experts, environmental activists and city staff– Andree and the C4 ambassadors hope to educate their communities on environmental issues and create long-term solutions to their most pressing issues.

While C4 is still in its early stages in Grand Rapids and is contingent on grant funding, the hope is that it can continue as an independent organization in the future and influence social justice reform through community involvement in environmental movements elsewhere.

All 12 of the C4 ambassadors are residents of Grand Rapids from underrepresented communities. As a result, the ambassadors know first-hand how social injustices within the climate movement have impacted the lives of BIPOC members and other marginalized groups in the city.

As ambassador Robert Simmons explains, C4 gives ambassadors an opportunity to give back to their communities by putting the power to fight climate change back in their hands and uplifting silenced voices.

“The greatest thing that I get out of being a Grand Rapids ambassador is to be a part of a cultural revolution that’s happening as well as the different efforts to empower micro-communities,” Simmons said.

C4 ambassador Cynthia Bailey shared similar sentiments. A proud resident of the 49507 area code, Bailey hopes to not only bring awareness to issues her community faces but also help the people around her make substantial and positive changes to their neighborhoods.

“I’m here to build up our community of self-pride. I would like to be a conduit, a liaison, and also a disrupter to get people riled up to say ‘we’re not going to take this anymore,’” Bailey said. “We’re kind of meek here because we assume we don’t qualify or we don’t deserve. I want to let them know we deserve this and then some.”

Although C4’s work this year has focused primarily on logistics and planning, Andree said he is looking forward to metaphorically putting shovels in the ground and starting up projects next year. A micro-grant program is in the works and will debut next year. Andree is hoping to bring in five more ambassadors to the C4 team and have 17 projects in progress across Grand Rapids by the summer of 2023.

“I’m ready for action. I want to see neighbors coming together to build that garden, fix that stream, plant those trees, or put up solar panels,” Andree said. “I’m really looking forward to seeing 17 of those projects in action so we can say to the city of Grand Rapids ‘these are the different kinds of things that you can do to address climate change right here, right now, in a real and tangible way.’”

PrevPreviousWMEAC names Marshall Kilgore as director of engagement
NextSustainability during the winter: Ways to make your holiday season eco-friendlyNext