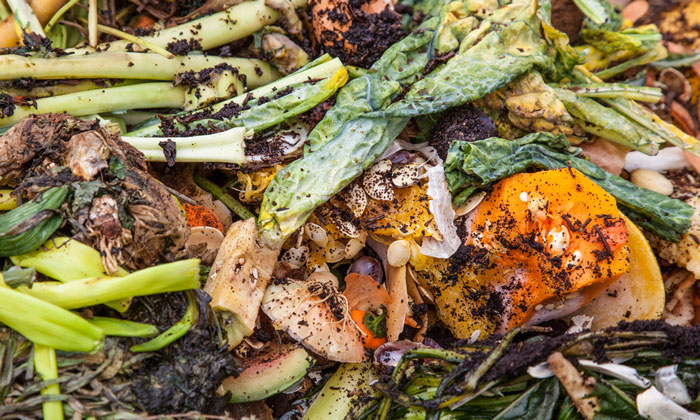 “You gonna throw that all away?” A bystander asks as I exit the back entrance of the store with a cart full of rotten produce.

I shrug and smile a bit sadly as I empty the cart into the dumpster. “You’ve never worked at a grocery store before, have you?”

As a person who has worked in retail for several years as another part of his life, it always surprises me how little people know about waste in the stores they patronize. According to ReFED, a nonprofit focused on reducing food waste, Americans throw away 62 million tons of food each year. That’s about the same mass as 9,692,307 African elephants. That’s over twenty times more elephants than are alive today. If there were that many elephants, half the continent would be overrun.

A third of those elephants come from food service and retailers.

But is there anything that you or I can do about this?  Current models of distribution in stores make it difficult. The common wisdom is that customers are used to having every product available, from fresh Jackfruit to sea scallops farmed off the South African coast, so managers stock these rare products even if most go to waste. For the same reason, stores stock more product than they need. A lot of this expires or rots on the shelf, but for many stores, that’s the price of doing business.

Most retailers do have programs so that food waste avoids the landfill. For example, Midwest retailer Meijer has a franchise-wide composting program. Expired produce, dairy, and bakery items are processed into animal feed. Spartan Nash reports that it donated 5.4 million pounds of food in 2017. Walmart sells ugly or close to date food at lower prices, and has championed several initiatives to reduce waste along its supply chain.

But all of these stores lacks transparency when it comes to waste. At my store, we track “shrink” by tagging items out individually using modified android devices, called Blue Birds. This allows the store to track where their inventory goes and, hopefully, to order more accurately. But this data isn’t public. Even if it were accessible to someone as low on the totem pole as I am, I would risk my job if I leaked it.

For many retail markets, waste is a jealously guarded secret. According to the Center for Biological Diversity’s report released in 2018, “Nine out of America’s 10 largest grocery companies fail to publicly report their total volume of food waste,” including waste that occurs during shipment or in the warehouse. Many don’t even track it. This means that stores have virtually no accountability for waste, either to government entities or the public.

Stores also don’t share what they do to prevent waste. Aside from rotating stock and using proper refrigeration, most retailers don’t have a comprehensive plan as far as the public knows. Instead, we get outward facing programs that show retailers are concerned with environmental issues without tackling the real problem: that there is a culture of waste that permeates food retail structure from bottom to top. And that culture is very resistant to change.

This is where accountability comes in, and where you and I can actually make a difference. Pressure on retailers to track their waste would allow customers to choose stores that actively prevent it. This in turn would make change more enticing for retailers to create new policy and change the culture. Right now, there is no economic incentive for stores to do anything differently. Intelligent buying has already seen a rise in local products, which are usually less wasteful. If we were to take that same kind of energy and apply it to retailers themselves, it could make a difference.

Change is difficult, but greater accountability could also be good for companies and the economy in general. It could even make new markets. In an interview with NPR, Jordan Figueiredo of the Ugly Fruit and Veg Campaign pointed out the practice could expand business opportunities:

“I know there’s fear of losing competitive advantage if stores report too much about what they’re doing, but if grocers were to report exactly how much food they’re throwing in the landfill or wasting, in a bit more detail, more entrepreneurs could pop out of the woodwork to help reduce food waste with new technology or products.”

In a country where up to forty percent of food produced goes directly into the garbage, there doesn’t seem to be a downside to this. All that a comprehensive waste reduction program needs is a change in attitude, and the will to move forward.

For more information, check out the Center for Biological Diversity’s report . If you feel the need to take action, the Natural Resources Defense Council’s website  is a great place to start.