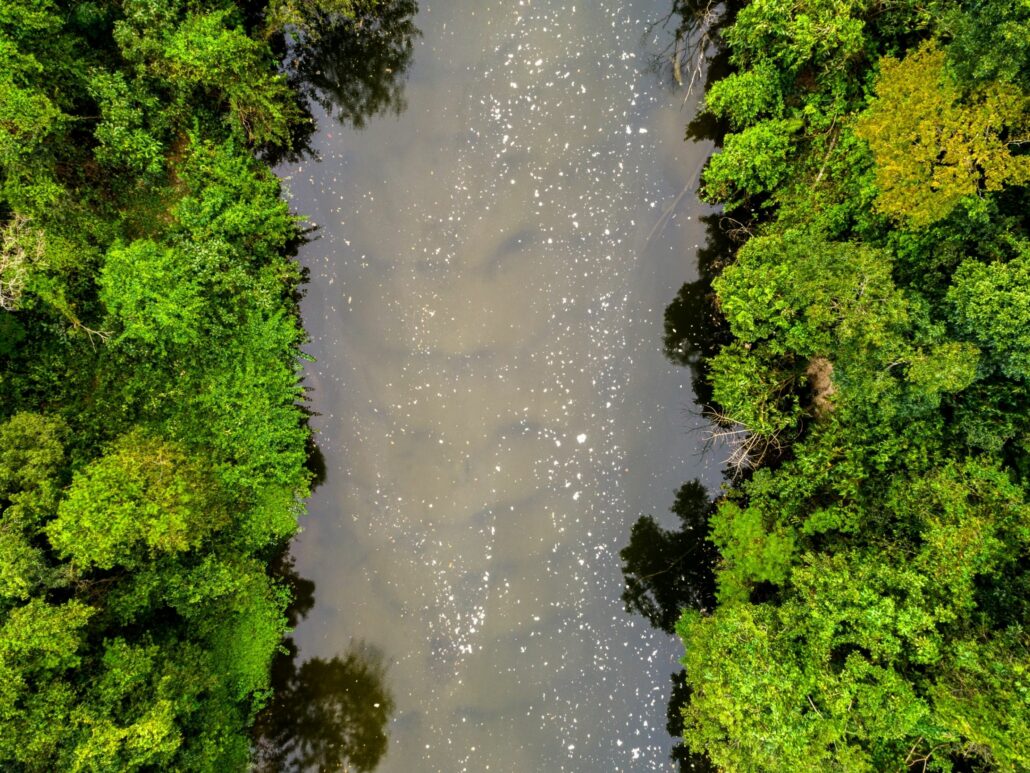 PFAS in a Pandemic: How Rockford has Continued to Fight for Remediation Throughout COVID-19

When Sandy Wynn-Stelt first heard about contamination from Wolverine Worldwide in northern Kent County, she realized that the health of her family had long been at stake.

“I live directly across the street from the House Street dump,” one of Wolverine Worldwide’s industrial dumpsites, Wynn-Stelt said. “My well is one of several that has been contaminated, probably more directly contaminated than most.”

Wynn-Stelt and her husband had lived in the Rockford area for over 25 years when, less than a year after her husband passed away from unexplained cancer, she heard about the PFAS and heavy metal contamination at the Tannery site. She then got her well tested–and the results were shocking.

“My well was found to be at 40,000 ppt (parts per trillion). The health advisory level is 70 ppt. I was and am thousands of times higher than that,” Wynn-Stelt said.

Wynn-Stelt signed with a law firm with others in her neighborhood. They pushed Wolverine to provide them with bottled water until Plainfield Township was able to connect the neighborhood around the dump site to the township’s municipal water.

Jonathan Miner, who lives downstream of downtown Rockford, is similarly interested in cleaning the tannery site.

“I’m interested in how it will be remediated and cleaned up,” Miner said. “I raised my two daughters in Rockford, and we used to get our municipal water from the Rogue River.”

The Wolverine World Wide tannery was an essential part of Rockford’s infrastructure and economy beginning in the early twentieth century.

Beginning in the 1960s, Wolverine began using PFAS in its shoe production. PFAS is a chemical used for waterproofing, and because it’s a relatively new compound—it has only been used since the 1950’s—its effects on human health are widely under-researched and thus not fully known. Wolverine did not adequately treat its industrial wastewater, and as a result PFAS entered into the groundwater and land around its tannery and dump sites.

In the 1960s, Wolverine was the largest employer in Rockford. In 2010, the company closed and demolished its Rockford plant. During the following decade, the truth about Wolverine’s contamination in and around the city of Rockford gradually came out through the dedicated work of concerned citizens and EPA investigations. The EPA determined that the tannery site was highly contaminated with multiple dangerous substances, including heavy metals like lead and chromium. Michigan’s environmental agency, EGLE, determined that the PFAS contamination in Rockford’s groundwater was astronomically above the health advisory level.

The EPA established the Rockford Community Advisory Group (CAG) in the summer of 2019 to ensure that the residents and community leaders in and around the affected areas would be involved in fully remediating the Rockford tannery site. Both Wynn-Stelt and Miner are part of the leadership team for the CAG.

Although most media concentrate on the fight for justice occurring in the Michigan court system, the residents of Rockford and Belmont are working to find justice for their own community.

“In some ways, the pandemic has made this harder—it’s rightly taken everyone’s time and attention,” Wynn-Stelt noted, emphasizing that governments, scientists, and health departments have focused on COVID-19 issues throughout 2020. PFAS contamination has taken the backseat.

“It’s also in some ways helped, because people involved in this fight nationally have regrouped,” Wynn-Stelt said. People working to address PFAS problems nationally have had the time to regroup and reevaluate their priorities and strategies.

“It’s given us the ability to reach out to more people and get more things done,” Wynn-Stelt said.

Within the Community Advisory Group, more people have been able to get involved in the meetings. Wynn-Stelt noted that the participation in CAG meetings has stayed relatively constant throughout the pandemic, and that people who don’t typically attend CAG meetings have logged on.

“It’s easier to pop in just to see what’s going on,” Wynn-Stelt said. “But some people don’t have access to computers or to Zoom, or they may not feel comfortable asking questions. But I am thankful we have been able to keep fighting this.”

Community Work During the Pandemic

In the past year, the CAG has been busy working to educate the community of Rockford about Wolverine’s proposed remediation plans. Wolverine’s preferred proposal for the House Street dump site–one of the least expensive considered–was a system of phytoremediation, which would have used trees and other plants to clean the dump site. The CAG was instrumental in educating the community about the plan and challenging the efficacy of phytoremediation.

“Wolverine said that the trees would suck up all the PFAS from the ground,” Wynn-Stelt said.

“We made comments in meetings with Wolverine, the community, and EGLE,” Miner said. “As a result, we expect that a proven remediation system will be used.”

“We digest the information and put it in a form the community can understand,” Miner said.

Miner, whose work on the CAG has been instrumental in ensuring its success, is also on Rockford’s planning commission.

“Our job is to have a master plan for our city and how the properties will be used,” Miner said .”I have a lot of interest for what is going to happen with the tannery property. Right now it’s a big grassy field downtown. We don’t know what is going to become of it,” Miner said. “We want to make sure the best thing is done with that property for everybody.”

In the coming year, Wolverine is planning to continue the remediation efforts, just as the CAG continues to work for justice in Rockford.

“There are plans to put 19 interceptor wells and a water treatment device at the tannery site,” Miner said.

“I would also like to see Wolverine do what’s right, clean the sites well, put something where the tannery used to be that’s good for the city” Miner said.

“Wolverine as a company is an important part of the prosperity of our town for the past century,” Miner said. “I hope the properties get properly cleaned up so that we can move on as a community, and so that Wolverine can put something really cool on the property.”

Despite the recent efforts, it’s clear that a lot of work is still required to remediate the environmental issues in Rockford and Belmont.

“It’s going to be a long-haul effort,” Wynn-Stelt said.

PrevPreviousConnect With WMEAC This Summer!
NextWMEAC, along with other organizations, gives a tour of community stormwater management project to Representative Peter MeijerNext