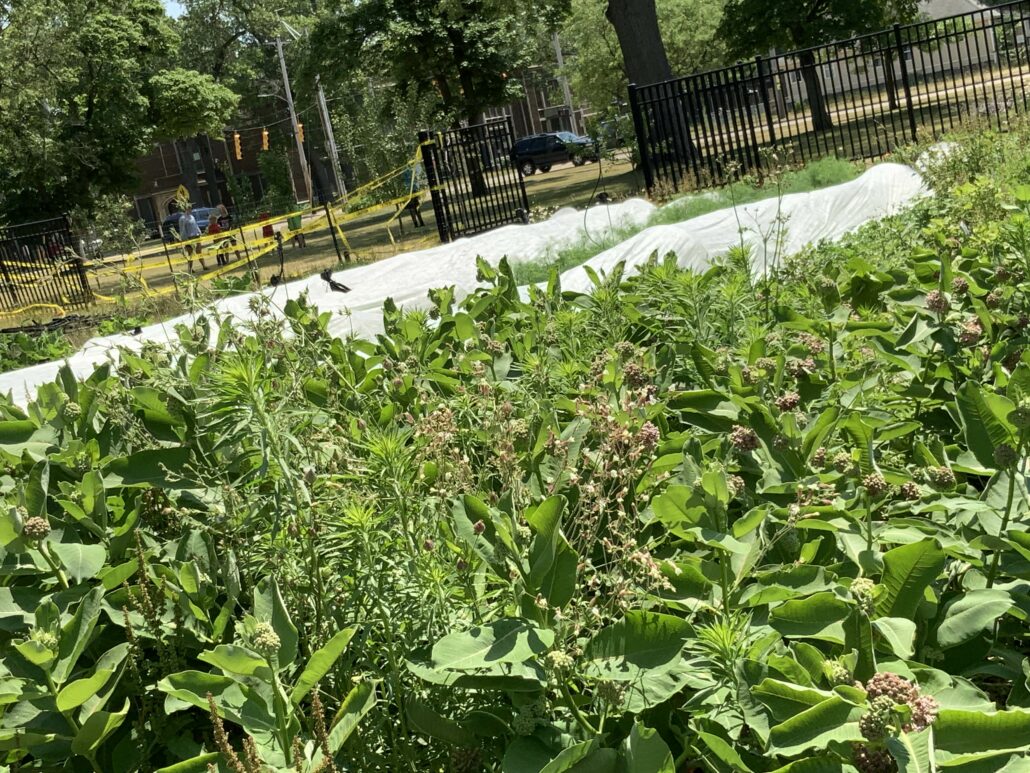 Last month, it was announced that the United States Department of Agriculture (USDA) would continue to advance and support urban agriculture practices by providing over $43 million in grants and cooperative agreements as well as adding six new Urban County Committees in Chicago, Los Angeles, Brooklyn, Oakland, Detroit and Grand Rapids. The USDA has a mission of providing leadership on food, agriculture, natural resources, rural development, nutrition, and related issues based on public policy so that agriculture practices can feed the U.S and others around the world.

These actions further the USDA’s goal in accomplishing their mission of transforming the food system across the nation. With increased funding and two new Urban County Committees in Michigan, the urban agriculture movement has a bright future to be fairer, more competitive, more accessible, and more resilient. These investments are thanks to the USDA’s Farm Service Agency (FSA), Natural Resource Conservation Service (NRCS) and Office of Urban Agriculture and Innovation Production (OUAIP).

Urban agriculture is fundamentally based on the idea of citizens and their public interest in locally grown food. There are many environmental, social, and economic benefits local food production brings to a community.

In the U.S, urban agriculture and local farming attained heightened popularity during the two world wars with the help of war gardening or victory gardens. Herbert Hoover, head of the U.S Food Administration, famously said, “Food will win the war”. Encouraged Americans created vegetable gardens in backyards, parks and playgrounds. This emphasis on American families producing more and consuming less, successfully prevented the U.S from undergoing wartime rationing. Despite their success, victory gardens and urban agriculture proceeded to decline after the second world war due to the reorganizing of cities, redistributed populations, and the expansion of suburbs.

But years later in the 1970s, urban agriculture would reemerge from economically disadvantaged cities and neighborhoods that were impoverished by the decline of the U.S manufacturing industry and rising suburbanization. Black communities were the ones hit hardest with this rapid urbanization and suburbanization as highway construction destroyed their neighborhoods and led to sprawling segregated suburbs being filled by white families fleeing cities, otherwise known as “White Flight”.

High unemployment rates among residents along with declining occupancy rates led landlords to drive out tenets and abandon their unprofitable housing assets. Empty buildings experienced waves of arson as an easy way to sell them to insurance companies. Neighborhoods in New York City, Chicago, Detroit, Boston, and San Francisco all faced waves of arson, prompting residents to clean up vacant lots of debris and create gardens as a way to provide fresh foods, address environmental issues, and strengthen their communities.

Individuals interested in urban agriculture may be because it’s the “cool,” “environmentally aware,” “hip” or “trendy” thing to do. But, we must not forget its contemporary history in the U.S among marginalized communities. We must strive to keep these voices centered when it comes to decision making.

There is also much more history that you can read about in a blog by the American Society of Landscape Architects.

Here is an overview of the USDA’s announcement for their OUAIP Grants.

The USDA had provided more than $7.5 million in OUAIP grants in the past years to support food access, education, business and start-up costs for new farmers, and development of policies related to zoning initiatives. Now, they are looking to provide $14.2 million for the development of urban agriculture and innovation production projects through Planning Projects and Implementation Projects.

The announcement lists two examples of projects that qualified for this funding. One farm in Oregon received funds to meet the community’s needs for healthy, affordable, and culturally appropriate foods by building greenhouses and another farm in West Virginia received funds for setting up a training and demonstration farm for individuals interested in urban farming.

Grand Rapids and Detroit are two new cities with urban county committees. These cities were selected for their potential and opportunity for economic growth, diversity, proximity to tribal nations, farm-to-table projects, urban farms, community and residential gardens, and green infrastructure projects. Ultimately, these committees are important for the overall success of urban producers because it allows grassroots input and local administration of federal farm programs.

Three elected urban and suburban producers board members will serve for on their respected county committee three years. The goals of these committees are to identify the needs of the urban agriculture market by outreach and partnerships with local stakeholders, identifying community needs that can lead to legislative, regulatory, and administrative program enhancements, promoting USDA programs, and providing education on USDA programs.

How you can get involved

The increasing recognition of urban agriculture by the USDA means that more citizens in Michigan and across the country will get the chance to participate and benefit from locally grown foods. It will help solidify agricultural practices that have already built a presence in communities as they continue to expand and improve their operations with new funding opportunities.

If you are interested in getting involved with urban agriculture here in Michigan, New City Farms in Grand Rapids and Keep Growing Detroit in Detroit hold various events throughout the year and are always welcoming volunteers.