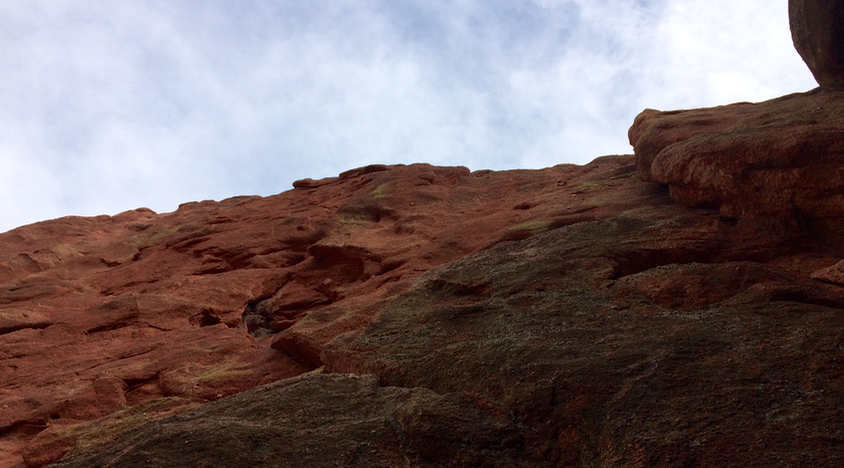 It takes a lot to prepare for a ten day backpacking trip through the deserts of New Mexico. “It’s nothing that I’ve really ever done before,” Alice Jasper said. She has to figure out what gear she needs and how to get it, figure out what to do with her fine, curly hair — “it knots very quickly” she said — and purchase sustainable products like a diva cup, one of the least impactful menstrual hygiene product methods on the environment. She and ten other people will spend the trip focusing on decolonizing outdoors spaces, the multiple lenses one space might have, and addressing how people of color connect to the outdoors, in a course created specifically for people of color by the National Outdoor Leadership School (NOLS).

She is going on this intensive backpacking trip as part of the WGVU Shaping Narratives Program. The program is meant “to bring the skills and the resources to community leaders of color to share their own perspectives in the media,” Jasper said. “Ultimately if somebody else is telling your story, to some extent that person’s view, that person’s own lens, is going to shape your story.” For her own part of the project, she is working to produce a pilot for a TV show, which will focus on changing the narrative of outdoor recreation to show more people of color, as well as dismantling barriers for the growing amount of people of color who are recreationists. Her project aims to allow people to see themselves in the outdoors, in a way they hadn’t before.

Jasper has been working in sustainability for a number of years. She’s loved the outdoors since she was a kid, when her dad taught her how to use a compass at a neighborhood park near her home in Brooklyn, New York, and would take her camping. After graduating from Northern Michigan University in the UP, where she gained a stronger connection to the outdoors, she started her career in sustainability.

As part of the backpacking trip, they will be examining what it means to decolonize outdoor spaces. To decolonize a space or narrative is to reverse the effects of colonialism, by dismantling the status quo stemming from colonialist rhetoric, which “othered” the rhetoric of the cultures and people who were colonized.

“So to decolonize something means to take away the sense that one group sees itself as superior,” she said. “Maybe they don’t overtly feel that way, but have kind of been taught to have this sense of knowing what’s better, or that their perspective or the way that they live their lives is somehow superior to others.” Decolonization takes that narrative away, focusing instead on a narrative that focuses on who a person is, and not who they are as defined by another group. An example of decolonization would be removing the narrative that the outdoors belongs to white people, and replacing it with the narrative that everyone, including people of color, belong in the outdoors.

Throughout her career, she has focused on how social and environmental advocacy connect. Along with her position as a Sustainable Business Manager, she has also been a member of WMEAC’s  Inclusion & Development of Environmental Allies & Leaders (IDEAL) committee for the past two years. IDEAL works to create frameworks for equitable and inclusive practices, helping WMEAC “apply a lens of equity and inclusion, that fosters diversity to add to the organization as a whole,” she said.

Environmental activism is not always inclusive or diverse. It’s a movement founded and led by white people, and some of the people who started environmental conservation in our country actually espoused eugenics. These racist values held by those who started the conservation movement created a narrative that both the outdoors and the conservation movement are for white people. This is obviously problematic: “to effectively protect the environment, we need to grow and sustain the number of those who will advocate for it: and to do that, we need to address the cultural, economic and historical barriers that have inhibited diversity within environmental advocacy,” Jasper said.

Irresponsible actions by companies often negatively impact people in poverty; and in our country, the majority of people in poverty are people of color. “They are disproportionately impacted by issues that turn into environmental justice issues,” she said, pointing to the Flint water crisis as one of the most well known examples. And as people of color’s spending power and influence on the market grows exponentially, “that’s a huge market and a huge advocacy base that we are missing out on in the environmental perspective,” she said.

In environmental activism and in the outdoors, “It’s important to have people of color at the table.”

For more information about environmental justice:

“What is Environmental Justice,” from NRDC

“Learn about Environmental Justice,” from the EPA

For more information about the racist history of the U.S. environmental movement:

“Conservation and Eugenics,” from Orion Magazine
“Environmental Justice: How A Movement Reshaped Around Inclusiveness,” from WOSU radio

“Glass Houses: Exclusion in the Environmental Movement,” from the Sierra Club

For more information about colonialism and the environmental movement in the U.S.:

“Lions and Tigers and Black Folk, oh my! Why Black People should Take Up Space in the Outdoors” from Melanin Basecamp

“WGVU to address racial disparities through community engagement,” from GVSU